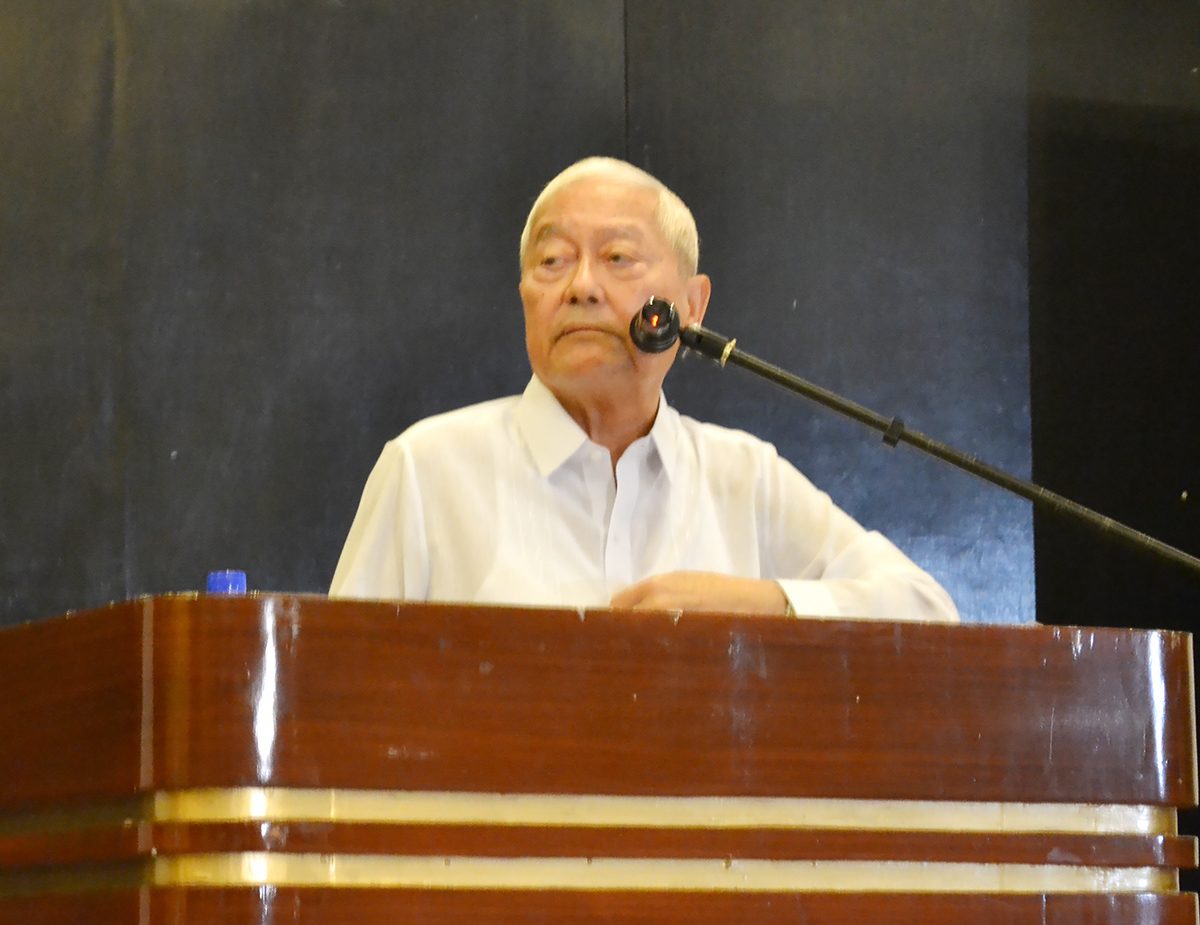 Facebook Twitter Copy URL
Copied
'It shows that their evidence in the first place were lacking and did not warrant certainly imposing a fine on Mr Ongpin of P174 million,' the businessman's lawyer argues

MANILA, Philippines – The camp of Roberto Ongpin said the Office of the Solicitor General (OSG), which represents the Securities and Exchange Commission (SEC) in the insider trading case against the tycoon, should not be allowed to present new evidence as the 3-year prescriptive period had already lapsed.

In an interview after a closed-door hearing by the Court of Appeals (CA) 13th Division, Ongpin’s lawyer Estelito Mendoza said the OSG should not be allowed to present new evidence against the embattled businessman, as the SEC has lost its right to go after Ongpin because of the 3-year prescriptive period.

(It’s already prescribed. That is what we were saying. The prescriptive period is just 3 years so they should have acted on it immediately. Instead, they just slept on it.)

Mendoza added that the commission’s decision is already with the CA.

Last July 8, the SEC had imposed a P174-million fine against Ongpin for allegedly committing 174 counts of insider trading.

Ongpin was accused of profiting from trading of Philex Mining shares on December 2, 2009 using insider information.

He elevated the case to the CA on July 22, seeking the issuance of an injunctive relief against the SEC ruling.

In response, the CA issued a 60-day temporary restraining order (TRO) that stopped the SEC from implementing its decision to impose a fine against Ongpin.

“Well, that is somewhat surprising. If they’re trying to present new evidence, it shows that their evidence in the first place were lacking and did not warrant certainly imposing a fine on Mr Ongpin of P174 million,” Mendoza said.

The lawyer was referring to the government’s plan to attach an affidavit by First Pacific head Manuel V. Pangilinan, when it submits its comment on Ongpin’s petition in 60 days.

Mendoza said Pangilinan’s affidavit was not cited in the SEC en banc decision against Ongpin.

Based on the affidavit, the government is now claiming that Ongpin already had insider knowledge for a month before sealing the deal with First Pacific Company, Limited, to buy him out of Philex Mining Corporation.

The OSG said that based on Pangilinan’s affidavit, “there was already a meeting of the minds” as early as November 2009 over First Pacific’s plan to purchase Ongpin’s Philex shares in order to increase its stake.

The OSG said this was a month before the SEC accused Ongpin of committing insider trading on the morning of December 2 by acquiring 45,964,500 Philex shares, through his company Golden Media Corporation, at a price of P19.25 to P19.50 per share.

The SEC insisted that it was an act of insider trading considering that the day before Ongpin’s acquisitions, First Pacific made a tentative offer to buy him out for P21 a share.

It added that First Pacific and Ongpin only finally sealed their deal on the evening of December 2.

“In this case the complaint was filed nearly 5 years – more than 3 years that the action has prescribed,” Mendoza said. – Rappler.com