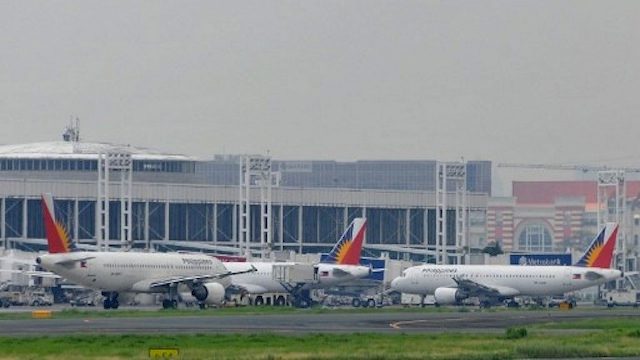 MANILA, Philippines – The Department of Transportation (DOTr) on Wednesday, September 14, reported a decline in the number of flight delays due to the imposition of “stricter” guidelines.

“I am monitoring daily movement every 3 hours, it was reduced tremendously. Minimum is about 5 to 6 delayed arrivals and very minimal in terms of departure,” Monreal reported during the Senate hearing on the proposed 2017 budget of the DOTr.

“There were even two airlines that made a comment that their on-time performance has dramatically improved, now hitting 80%,” Monreal added.

Monreal said “discipline” among airlines has been the solution to the long-standing problem of air traffic congestion. Transportation Secretary Arthur Tugade, for his part, attributed it to their “common sense approach.”

The DOTr has a proposed budget of P56.2 billion next year, higher than its present budget of P42.68 billion.

Starting September 1, the DOTr and MIAA have been imposing stricter rules on airlines before they can have a slot for departure, calling it the “5-minute rule.”

In the past, any aircraft could easily ask for clearance. Now, Monreal said planes must ensure they are ready for takeoff the moment they request clearance, in order to reduce the bottleneck in runways.

(We added strict implementation of policies. In the past, any airline can ask clearance for takeoff even if they are not yet ready. Now, if you are not ready in 5 minutes and you ask for clearance for push back and you did not get it, you will have to fall in line again.)

(The air traffic controller would have to look for a free slot for them so there would be no bottleneck in front of the runway.)

Aside from this, MIAA also reduced the window for “general aviation” or chartered and private flights by banning them from noon to 7 pm – a move welcomed by Drilon.

“I understand that you banned the use of airports for the non-commercial flights starting at 12 noon, which did wonders. It’s a no-brainer,” Drilon said.

With this, Monreal said they have reduced the number of movements in runways per hour.

“Basically 4 movements – 2 movements per takeoff and 2 per arrival, nakabawas po tayo ng (we have reduced) 4 movements per hour between 12:01 pm to 7 pm, which has big impact in terms of congestion,” he added.

Ultimately, flights that have no original slots for departure would no longer be accommodated and, in turn, would be prohibited to fly out.

To improve airport services further, MIAA said it still has to buy an instrument landing system, with its old one hit by lightning in 2015, as well as install night-landing facilities for other airports. – Rappler.com