Oct 26, 2016 7:46 AM PHT
Agence France-Presse
Facebook Twitter Copy URL
Copied
Gains in services offered some optimism on the company's efforts to curb dependence on its smartphone 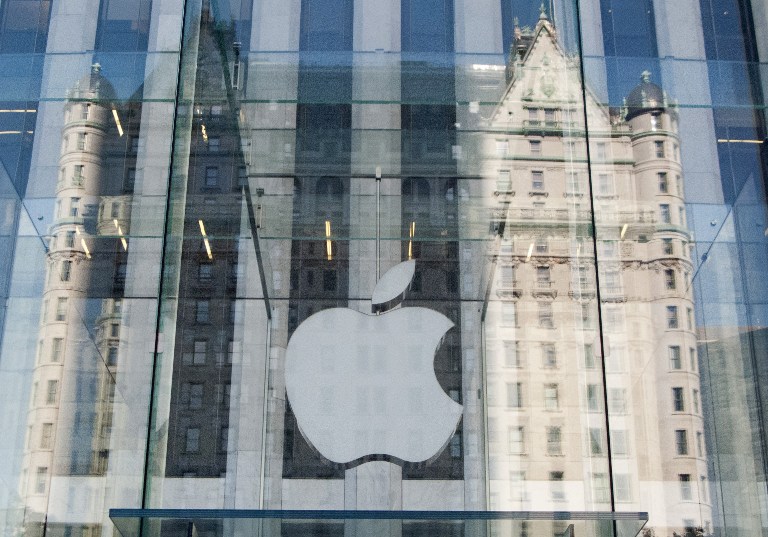 SAN FRANCISCO, USA – Apple’s quarterly profit slumped on a widely expected drop in iPhone sales, but gains in services offered some optimism on the company’s efforts to curb dependence on its smartphone.

The results were largely in line with market forecasts and showed sales of the iPhone – Apple’s biggest revenue and profit driver – down 5% from a year ago to 45.5 million units.

The quarterly update only provided limited information on the reception of the newest iPhone models, the iPhone 7 and 7 Plus, which were released in early September, and was likely to benefit from the woes of rival Samsung, suffering from a massive recall of its flagship Galaxy Note 7 phone.

Analysts were expecting declines in iPhone sales with many smartphone markets saturated, a situation that has led Apple to focus on new products like the Apple Watch and services like mobile payments, Apple TV and streaming music.

“We’re thrilled with the customer response to iPhone 7, iPhone 7 Plus and Apple Watch Series 2, as well as the incredible momentum of our Services business, where revenue grew 24 percent to set another all-time record,” he said in a statement.

The world’s largest company by market value closed out its fiscal year ending September 24 with a net profit of $45.7 billion on revenues of $215.6 billion, both figures lower than the prior year.

“Previously, Apple was able to rely on strong sales of phones, tablets and computers to drive up revenue and profit across all geographies. This is no longer the case,” said Neil Saunders of the research firm Conlumino.

Still, Saunders noted that “Apple is being judged by its own incredibly high standards,” and that “even with the dips in growth it remains a phenomenally successful business that is far from running out of steam.”

Frank Gillett, a Forrester Research analyst, said the results show Apple is making progress in diversifying its mix of products and services as smartphone sales stagnate.

“The rise of services shows they’re more than a device maker,” Gillett said.

“It’s indicative of the depth of engagement of their customers.”

The more consumers use Apple applications and services, “the less likely they will switch to a rival,” Gillett said.

Apple’s results showed a 6% drop in iPad unit sales and a 14% decline in the number of Mac computers sold.

While iPhone sales accounted for more than half of revenues, services revenue grew to $6.3 billion as the company expanded services such as Apple Pay and its enterprise offerings.

In the key “Greater China” market, Apple said revenues were down 30% from a year to $8.8 billion. But the company noted a 10% rise in revenue from Japan and cited gains in other global markets.

Patrick Moorhead of Moor Insights & Strategy said Apple “met most expectations but didn’t have a great quarter” with sales of its main products lower.

“I’m suspecting there may have been availability issues on the iPhone 7 and Watch,” Moorhead said.

Still, Apple “had a banner quarter in services” which is a positive sign, according to the analyst.

“It’s important the investment community take a long view versus looking at short-term growth estimates as a knee-jerk Apple response would only work against the company and the stock price,” Moorhead said.

On a call with analysts, Cook declined to comment on what Apple has in the pipeline but did indicate the company was investing in “products in the development phase which have not yet reached the market.”

Asked to explain the sharp rise in research and development spending, Cook said, “We’re confidently investing in the future.” – Rappler.com