Apple and Samsung to renew patent battle in US court

Mar 30, 2014 12:54 PM PHT
Facebook Twitter Copy URL
Copied
Apple and Samsung will return to federal court in the heart of Silicon Valley on Monday, March 31, for a new round in their seemingly perpetual patent war. 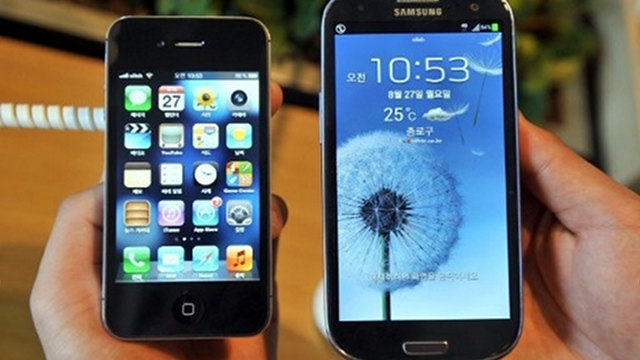 SAN FRANCISCO, USA – Apple and Samsung will return to federal court in the heart of Silicon Valley on Monday, March 31, for a new round in their seemingly perpetual patent war.

The case concerns smartphone and tablet patents and is just the latest in a long-running feud between the two tech giants, who are battling for supremacy in a multi-billion-dollar market.

“The parties tried hard to accuse each other’s latest and greatest products, but US patent litigation is slow, which is why this 2014 trial will be about 2012 and pre-2012 products,” intellectual property analyst Florian Mueller said in a post at website fosspatents.com.

The rivals will face off once again before District Court Judge Lucy Koh in the California city of San Jose.

Koh presided over a trial last year that ended with a jury declaring Samsung owed Apple more that a billion dollars in damages for infringing patents with some older model Android-powered devices.

The damages award was later trimmed to $929 million and is being appealed.

If this new trial goes in Apple’s favor, it could result in an even bigger award since it involves better-selling Samsung devices built with Google-backed Android software.

This time California-based Apple is taking aim at Samsung’s flagship Galaxy line crafted to challenge the iPhone in the high-performance end of the market.

“Both in the United States and globally, Apple and Samsung have established themselves as fierce competitors in the smartphone market and fierce adversaries in the courtroom,” Koh said during rulings on injunctions, testimony and other matters ahead of trial.

Under pressure from Koh, the chiefs of Apple and Samsung engaged in mediation to see if the dispute could be settled out of court, but talks failed.

However, the companies expressed a willingness to keep talking, raising the slim possibility trial could be avoided.

Jury selection is to commence on Monday. Koh is allowing each side 25 hours to present evidence to make its case to jurors.

Apple filed the suit against the South Korean consumer electronics behemoth in February 2012 as “one action in a worldwide constellation of litigation between the two companies,” the judge said in a ruling.

Patents at issue in the case involve unlocking touch-screens with gestures; automatically correcting words being typed; retrieving data sought by users, and performing actions on found data such as making a call after coming up with a phone number.

Apple argued in filings that a Google Quick Search Box in the Android-powered Galaxy Nexus steals from patented technology used by virtual assistant Siri to answer queries in the iPhone.

Samsung devices targeted by Apple include more than a half-dozen smartphones from the Galaxy line along with the Galaxy 2 tablet.

Samsung is countering with claims that Apple infringes on its patented technology for data transmission, imaging, audio, and video in iPhone, iPad, iPod and Macintosh computer models.

Koh early in March rejected Apple’s request to ban an array of Samsung smartphones and tablets found during the blockbuster trial last year to have infringed on patents held by the US tech giant.

Koh reasoned that there was no evidence that consumer demand was driven by the infringing elements.

That point could be raised anew in the coming trial, putting pressure on Apple to show that patented features such as sliding a finger across a screen to unlock handsets were deciding factors in sales.

Apple has maintained publicly that its patent battles are about “innovation and the hard work that goes into inventing products that people love,” and not about money.

At a hearing early this year, Apple demanded that Samsung pay $40 per smartphone incorporating its patented technology, according to court records.

Any triumph at trial would likely result in a demand that infringing products be banned from sale in the US.

Rulings that patents were infringed on would also provide legal ammunition to fire shots at newer smartphone models or even those yet to be released, if they contain the same technology. – Rappler.com