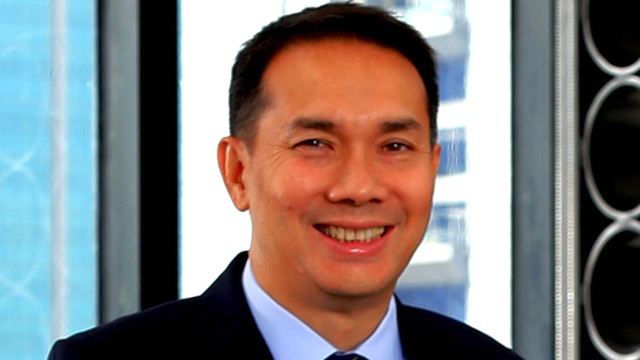 Dy’s appointment will be confirmed by Ayala Land’s board after the company’s annual stockholders’ meeting on April 7.

Aquino, on the other hand, will continue to serve as director and member of the Executive Committee of the board.

“I thank Tony Aquino for his exceptional leadership throughout his 34-year career at the Ayala group. During those years, he led the Ayala Property Management Corporation and Manila Water Company Inc. Under his leadership, he dramatically improved the operating efficiency and profitability of Manila Water, which enabled it to make continuous service improvements in its concession area,” said Ayala Land chairman Fernando Zobel de Ayala.

Aquino was elected president of Ayala Land in 2009. Under his management, Ayala Land crafted the 5-10-15 program, which aimed to achieve, within 5 years, a net income of P10 billion for the company and return on equity of 15%.

Ayala Land hit the goal a year ahead of schedule when it earned P11.74 billion in 2013. Its expansion into the middle- and low-income markets helped drive growth.

Zobel said he is confident that Dy, who has been with the company for the past 17 years, will be able to keep the company on its growth trajectory.

“He has overseen major transformative programs over his career with land and residential development, commercial and retail leasing and most recently, as overall chief operating officer,” Zobel said.

Dy, 50, joined Ayala Land in 1997 and has held various leadership positions in the organization.

In 2003, he was assigned to Fort Bonifacio Development Corporation and spearheaded the transformation of Bonifacio Global City into a dynamic business district.

Dy studied and worked abroad for 16 years prior to entering Ayala Land. He earned a bachelor’s degree in business administration from the University of Notre Dame in Indiana, USA, and obtained his master’s degree in business administration and in international relations at the University of Chicago. He also held senior regional roles for multinational companies in Hong Kong and China. – Rappler.com