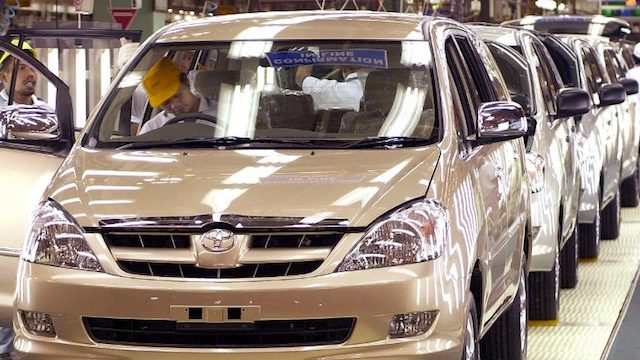 MANILA, Philippines – As part of a worldwide recall of 6.39 million vehicles, Toyota said it was recalling 3 models sold in the Philippines from November 2004 to June 2010.

“Due to the shape and location of the spiral cable retainers, this may cause some connectivity loss related to the air bag system. In such case, the driver side air bag may not deploy in the event of a crash,” it said.

There are, however, no incidents reported related to this condition, noted the company.

TMP said authorized Toyota dealers in the country would replace the spiral cable assembly of the vehicles free of charge.

It advised owners of the affected units to set appointments with their respective dealerships or contact the company’s customer assistance center at (02) 819-2912 for concerns.

On Wednesday, Toyota announced the recall of 6.39 million vehicles worldwide for 5 different problems. The problems include a defect in the driver’s seat, steering column problems, and an engine starter glitch that poses fire risk. – Rappler.com