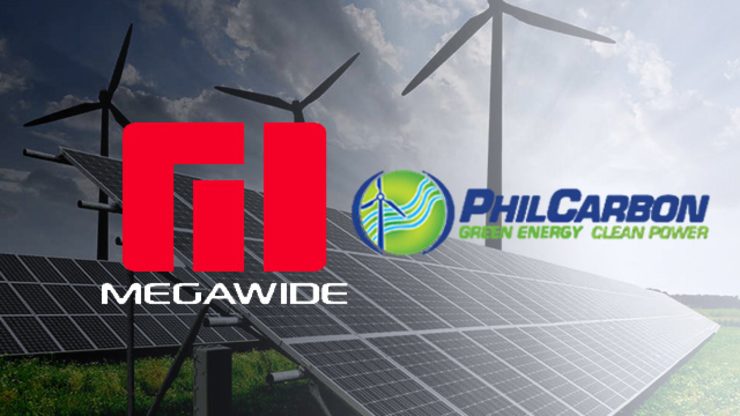 MANILA, Philippines – Megawide Construction Corporation on Monday, June 30, said it would spend $100 million to build a portfolio of 100 megawatts of renewable energy over the next two years.

In line with this, the company signed an agreement with PhilCarbon Inc. for the development of renewable energy projects, including biomass, wind, hydro, solar, and geothermal.

Tan said the company would break ground by the end of the year a 3.5-megawatt (MW) biomass project in Northern Luzon.

PhilCarbon is a renewable energy company focused on the development of clean power sources.

The company also plans to rehabilitate the 50-kilowatt Pasonanca hydro power plant in Zamboanga City under a memorandum of agreement it signed with the city’s water district.

Meanwhile, Megawide expects its net income and revenues to double over the next 3 years to P2.8 billion and P22 billion, respectively, with the addition of airport and hospital projects into its portfolio.

Over the next 3 years, Tan said 50% of the company’s total revenues would come from stable recurring income from projects, including the Mactan-Cebu International Airport and the Orthopedic Hospital. The remaining 50% will come from traditional construction business, residential, office, hotel and commercial projects.

“We will still retain current market share in the construction business, because we all know the cyclical nature of industry we are operating in. So we are pursing assets that will provide us with stable recurring income,” Tan said.

Megawide, in partnership with GMR Infrastructure, is expected to take over the Mactan airport by the last quarter of 2014. – Rappler.com

Photo of solar panels and wind turbines from Shutterstock.