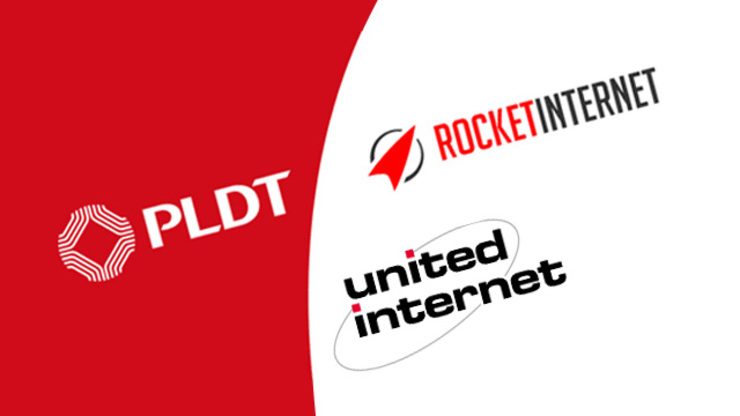 MANILA, Philippines – The stake of Philippine Long Distance Telephone Company (PLDT) in newly acquired Berlin-based Rocket Internet AG has been diluted to 8.6% from 10% with the entry of Europe’s Internet specialist, United Internet AG.

United Internet is Europe’s leading Internet specialist with 13.87 million fee-based contracts and 31.44 million ad-financed free accounts. The company is a member of the German Stock Index TecDAX and its shares are being traded in the Prime Standard of the Frankfurt Stock Exchange.

In a statement, Monday, August 18, PLDT said it welcomes the entry of United Internet AG in Rocket Internet. United Internet invested $582.7 million (€435 million) for a 10.7% stake.

On August 7, PLDT chairman Manuel Pangilinan announced the company poured in $446 million (€333 million) for a 10% stake in Rocket Internet, its biggest overseas investment to date.

Pangilinan said the investment was the start of a series of acquisitions over the next few months.

The company is also looking at acquiring another Internet company abroad, Pangilinan added.

“We are looking at beyond Rocket but nothing definitive as of the moment. The next Internet company that we might invest in would probably be more specialized,” Pangilinan said.

PLDT said the new partnership would leverage the company’s experience and intellectual property in mobile payments and remittance platforms together with Rocket Internet’s global technology platform to provide products and services for the “unbanked, uncarded, and unconnected” population in emerging markets.

PLDT and Rocket Internet intend to establish a joint venture to explore online and mobile e-payment applications in the Philippines and throughout the Rocket network of companies worldwide.

Rocket Internet provides a platform for the rapid creation and scaling of consumer Internet businesses outside the US and China. It has more than 20,000 employees in its network of companies across over 100 countries, with aggregated revenues in excess of €700 million in 2013.

Rocket Internet’s mission is to become the world’s largest internet platform outside of the US and China. It continues to expand its businesses in Asia, Africa, the Middle East, Latin America and Europe focusing on e-commerce, marketplaces and financial service applications. – Rappler.com