Sep 16, 2014 6:55 PM PHT
Carmela Fonbuena
Facebook Twitter Copy URL
Copied
At a Senate hearing on the cause of slow Internet connection in the Philippines, discussions focus on mandatory IP peering, a policy that government can't implement because of protests from the telco player 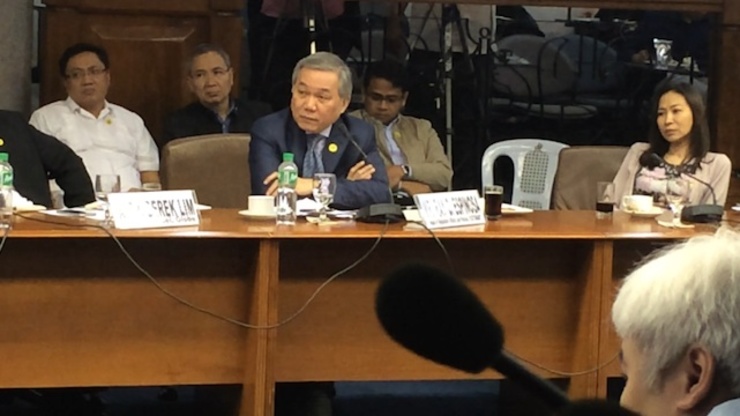 MANILA, Philippipines – The Senate hearing on the country’s slow and expensive Internet connection held on Tuesday, September 16, focused on a long-running policy that the government has failed to implement because of protests coming from dominant telco player PLDT – mandatory IP peering.

“Kailangan pag-usapan na natin ‘yan (We need to discuss it). Most countries have that already but I think at this point National Telecommunications Commission (NTC) wants to bring in the players. I support that but at the end of the day, if it’s a commercial transaction and it’s not regulated by government, wala ka ring kapangyarihan to sabihin mo sa isang grupo, o libre na yan a (we don’t have the power to impose on them to offer it for free),”  said Senator Paolo Benigno “Bam” Aquino IV, co-chairman of the Senate joint committee seeking to improve the country’s internet connection.

IP peering is when two networks exchange traffic with each other freely, providing access to their caches, bringing about a faster connection for the end users.

It is another factor that could improve Internet connectivity in the Philippines on top of telcos improving their infrastructure and experiments like the White Space Project, which utilizes unused TV frequency to deliver Internet services to far flung areas.

“The problem with a lack of IP peering is that foreign companies don’t have a centralized place to post caches that will affect everyone, forcing them to either host multiple caches at a larger overall expense, choose one company over another to give uneven caching coverage, or ignore the Philippines entirely as a destination for caches,” an earlier Rappler report noted.

The National Telecommunications Commission (NTC) has been pushing for IP peering among local Internet Service Providers (ISPs) but does not have the powers to impose IP peering on ISPs.

PLDT claims it supports IP peering but its spokersperson enumerated a number of arguments against peering with the DOST’s PHOpenIX and against the proposed mandatory IP peering. 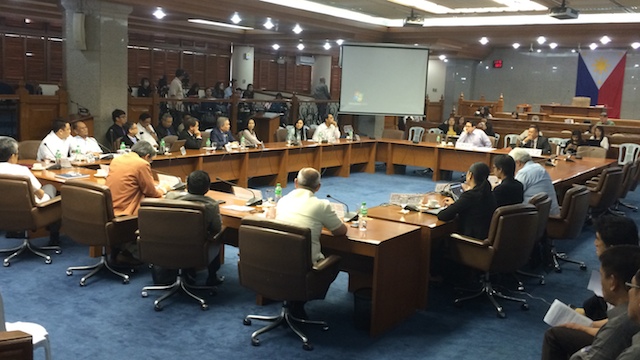 In the Senate hearing, stakeholders continued to discuss suggested amendments to existing laws to declare Internet connection a “basic service” to give the NTC wider powers to regulate the service providers and impose, among others, mandatory IP peering.

Aquino supports IP peering but prefers that the telco industry can agree among themselves how to implement it.

Philippine laws currently consider the Internet as a “value-added” service, leaving the industry to the industry players. As a result, IP peering is voluntary and has become a commercial transaction, with service providers charging other providers that want to connect to them.

Profit appears to be at the heart of the debate. In limiting IP peering, PLDT is also protecting its market from other players who stand to benefit more if they get access to PLDT’s content.

“What the telcos are saying is: ‘We’re okay with IP peering but we will charge. To be frank, I’m fine with that. But charge the right rates because what the smaller ISPs are saying, ‘Ang taas naman ng charge niyo. Hindi naman ma-justify,'” Aquino said. (Your charge is so high. You can’t justify it.)

“Regulating industries is very difficult because we’re already at the era of deregulation. But this wouldn’t come to the forefront if people were satisfied with the services. If the complaints regarding the speed and price were actually not there, then talks about government intevention will be lessened,” Aquino added.

The Senate hearing was launched in May 2014 following reports showing the Philippines having the slowest Internet connection among members of the Association for Southeast Asian Nations (ASEAN).

PLDT said it will support IP peering for a limited set of content. “We are for peering but it cannot just simply be physical interconnection of two networks. There has to be peering in relation to a specific set of content,” said PLDT and Smart spokesman Ray Espinosa.

Budget department chief information officer Richard Moya argued that service providers should not charge the governmetn when it is providing climate information or disaster information because it is a “public good.”

“It is clear to me that there is a necessity to provide peering – government to government for free at the very minimum on government provided information. That can be done very quickly,” Moya said.

DOST is doing this. “What we are trying to do is aggregate government content to incentivize ISPs to connect to us principally through peering because it benefits their subscribers,” said Denis Villorente of the DOST-ASTI.

But PLDT also runs its own internet exchange, providing the IP peering to other ISPs for a fee. “When you speak of peering, we are not against peering. We just need to understand exactly what will be peered because we do have our internet exchange…. We want to grow that to a huge and leading internet exchange,” said Espinosa.

Espinosa also suggested that IP peering may not be the solution to improve Internet connection in the country. He said 80% of the content that Filipino users access online is supposedly foreign content. The IP peering that NTC is trying to implement is limited to local service providers.

It is faster to connect to web sites hosted locally than those hosted abroad. This explains why Internet connection in the Philipines is slow, said Espinosa.

“The Philippines is unique. We are Western-bred. Massive amount of content we want to access unfortunately are located abroad,” Espinosa said. In comparison, he said residents of Korea, Japan, Thailand, and China – which enjoy faster connection – access mostly local content.

During the debate, IT expert Grace Santos cited the example of Indonesia, where IP peering is free.

She explained: “It’s neutral. It’s open to all telcos and ISPs. It’s multilateral and anyone can enter. It’s being administered by a consortium. Players have agreed to basically administer local IP peering.”

Santos said the mandatory IP peering, which began in 2005, has led to growth of local content and growth in local hosting.

Aquino is giving the NTC and the ISP providers until October to settle the issue on IP peering.

“If there are amendments that need to be filed, we can do it before the end of October. If there’s a Memo Circular that NTC will have to release, they have to release it as soon as possible,” Aquino said.  – Rappler.com