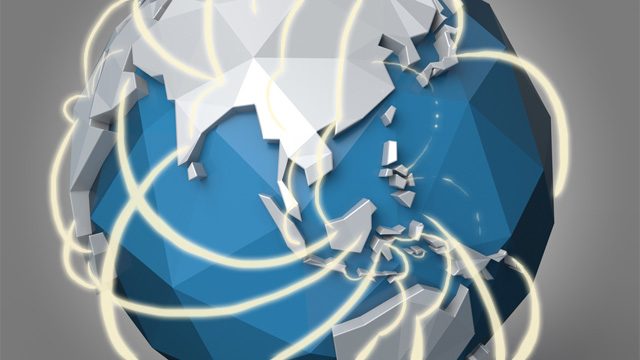 MANILA, Philippines – Though dubbed as the “social networking capital of the world,” only a third of Filipinos have access to the Internet, a United Nations (UN) report showed.

According to the 2014 edition of the State of Broadband report, only 37% of Filipinos were able to use the Internet in 2013, below the world average of 37.9%, thus placing the Philippines 106th out of the 191 countries evaluated in the report.

“Broadband uptake is accelerating, but it is unacceptable that 90% of people in the world’s 48 least developed countries remain totally unconnected,” International Telecommunication Union Secretary-General Dr. Hamadoun Touré said in the report.

Among its Association of Southeast Asian Nations (ASEAN) peers, 4 countries beat the Philippines in terms of Internet penetration.

Singapore placed 35th as 73% of its population were able to access the Internet in 2013.

The top 10 countries for Internet use are all located in Europe. Iceland ranked first in the world with 96.5% of people online, the report said.

The list of the 10 least-connected nations also includes Myanmar and Timor Leste (1.1%).

In April, Senator Paolo Benigno “Bam’ Aquino IV called for a Senate inquiry into the slow yet expensive Internet connection in the Philippines.

On September 16, the Senate hearing focused on the government’s failure to implement the mandatory IP peering as dominant telco player Philippine Long Distance Telephone Company (PLDT) has been protesting the idea. (READ: The way it is: The Philippine Internet and making it better)

IP peering is when two networks exchange traffic with each other freely, providing access to their caches, bringing about a faster connection for the end users.

Early this year, a report showed that the Philippines has a general Internet speed of around 3.55 Mbps, ranking it as 155th of 190 countries. The data was gathered from April 2013 to March 2014.

According to the 2014 State of the Broadband report, half of the global population will have Internet access within three years’ time, with mobile broadband over smartphones and tablets now the fastest growing technology in human history.

The report also showed that more than 40% of the world’s population are already online, with the number of Internet users rising from 2.3 billion in 2013 to 2.9 billion by end-2014.

Over 2.3 billion people will access mobile broadband by end-2014, climbing steeply to a predicted 7.6 billion within the next 5 years.

There are over 3 times as many mobile broadband connections as there are conventional fixed broadband subscriptions. The popularity of broadband-enabled social media applications continues to soar, with 1.9 billion people now active on social networks, the report said.

There are now 77 countries globally where over 50% of the population is online, up from 70 in the previous year.

“As we focus on infrastructure and access, we must also promote the right skills and diversity of content, to allow women and men to participate in building and participating in knowledge societies,” Bokova said.

“With broadband Internet now universally recognized as a vital tool for social and economic development, we need to make connectivity a key development priority, particularly in the world’s poorest nations,” Touré added.

“Connectivity is not a luxury for the rich – rather, it is the most powerful tool mankind has ever had at its disposal to bridge development gaps in areas like health, education, environmental management, and gender empowerment,” Touré said.

3D image of Asia in focus from Shutterstock