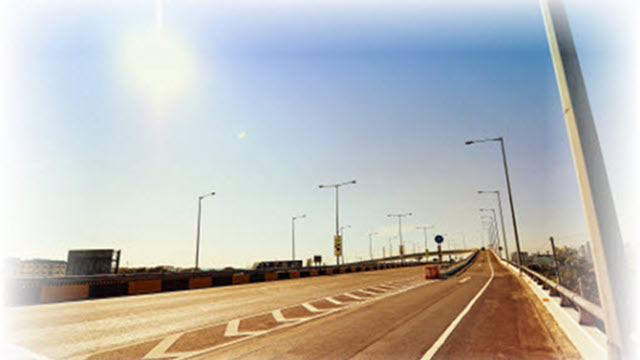 MANILA, Philippines (UPDATED) – President Benigno Aquino III said on Wednesday, October 22, that he is inclined to favor a rebidding of the P35.4-billion ($790.7 million*)  Cavite-Laguna Expressway (CALAX) project “to get the best deal for the people.”

Responding to questions at a forum with the Foreign Correspondents Association of the Philippines (FOCAP), Aquino said on the CALAX project, “How do we meet the attainment of the goal of getting the best deal for our people? I am inclined to think that a re-bid will be the proper course of action on this particular issue.”

The Department of Public Works and Highways (DPWH) had disqualified San Miguel’s Optimal Infrastructure Development Inc from the public-private partnership project due to a non-compliant bid security. It has appealed the matter before the Office of the President.

Aquino said that when Optimal Infrastructure opened their sealed bid in a news conference following the disqualification, they revealed that their bid was P20 billion ($446.9 million) – P9 billion ($201.1 million) more than the highest bid of P11 billion ($245.7 million) made by Team Orion, a 50-50 joint venture between Ayala’s AC Infrastructure Holdings Corporation and Aboitiz Land.

With this in mind, he said, “If we accept the winning bid at this time when there is an allegation that there was a much superior bid, then we will have to explain to the people the P9-billion difference that we forego. We get the infrastructure; we get a premium of P20-billion allegedly from one bid, or an P11-billion premium from another bid. Now, at the end of the day, we have to protect the people’s interests.”

He added: “The proposal for government to actually undertake the project defeats the whole purpose of the PPP project – to free our resources for other infrastructure needs. There are private sector individuals or companies that are willing to provide us the infrastructure we need and to deliver a premium to us.”

In a joint statement, Team Orion expressed concern over the President’s pronouncement and said it would have a negative impact on investor confidence in his flagship PPP program it it becomes the official government position.

“We are very concerned with the Office of the President’s current inclination to pursue a rebid of the Calax Project because of the severe negative impact this decision would have on investor confidence in the PPP Program and on the integrity of the entire bidding process,” Aboitiz Land and AC Infrastructure said.

They said Team Orion will not participate if the project is re-bid and urged the government “to respect the well established BOT process, uphold its own rules, and award the Calax Project to the highest compliant bidder, so we can begin building much needed infrastructure.

“We will not participate if government decides to rebid the project because there is no legal basis for this course of action given the fact that the original DPWH-led process was conducted above board, transparently and within the framework of the BOT law,” Team Orion said.

Responding to a text message from reporters asking about Aquino’s pronouncement, SMC president and chief operating officer Ramon S. Ang said the conglomerate intends to participate in the rebidding of the project, if ordered by Malacañang.

In a separate statement, SMC’s Optimal Infrastructure said it is pushing for the awarding of the project as it had submitted the highest bid of P20.1 billion.

“Our pending appeal is for Malacanang to declare our bid for the CALAX project as compliant and accept our P20.1 billion bid to get this vital infrastructure going. We support the position of Team Orion, who submitted a lower bid of P11. 6 billion that the project should be awarded to the highest bidder,” it said.

Optimal Infractructure added that the PPP project “will have a big impact on the country for many years to come and we believe government should have the best options available to it in order to make sure they get the best deal,” adding it would respect any Palace decision.