MANILA, Philippines – A resolution in Congress giving President Benigno Aquino III emergency powers to avert the looming energy crisis next year will not include contracting additional capacity, a lawmaker said. 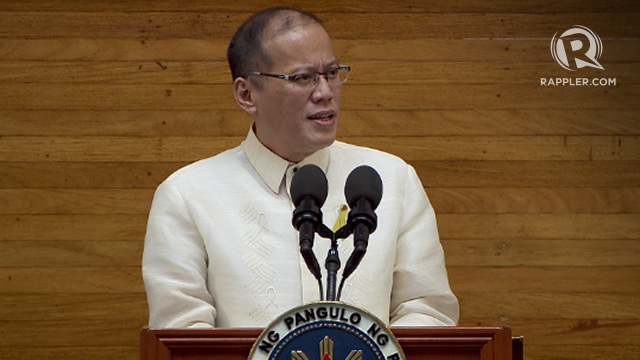 “We will be issuing the joint resolution to give the President authority to deal with the power crisis minus the option of purchasing or leasing additional capacity,” said Reynaldo Umali, chair of the House Energy Committee.

The committee needs another week to pass resolution after Congress resumes deliberating legislations on November 17.

A legislative motion is required before the highest executive official of the country is authorized to exercise emergency powers. At present, the Electric Industry Reform Act (EPIRA) law bars the President from doing so.

The House has less than 30 working days to hear pending bills, according to its legislative calendar.

Despite this, Speaker Feliciano Belmonte assured earlier that the emergency power resolution can be done before lawmakers ends its session this year.

“It’s a very simple joint resolution. We should be able to do it because we recognize the need,” he told reporters on October 13.

Luzon is feared to experience blackouts in the summer of 2015 if there are no crucial steps to avert them.

The private sector has been urged to participate in averting the crisis by enlisting to the Interruptible Load Program (ILP), where establishments commit to disconnect from the grid and source their own power elsewhere.

“Government will pay the ILP participants that will register on or before December 1 but those who opt not to will also be asked to pay, they run the risk of being called in to run their plant but not get paid,” he said.

Energy Secretary Carlos Jericho Petilla doubts whether the ILP would solve the looming crisis as ILP participants are only volunteers and are not mandated to participate all the time.

The ILP has been tapped as one of the ways to muster an adequate power reserve commitment as the Department of Energy has been struggling to quantify power reserves from companies.

Generating additional power reserves in the country has been also attributed to bureaucracy, with a series of government permits needed before companies are able to construct power plants in the country. – Rappler.com