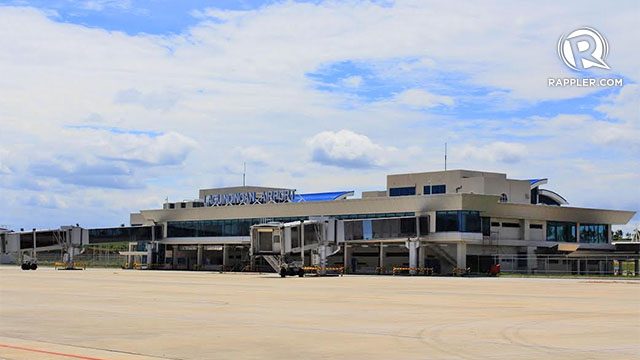 MANILA, Philippines – (UPDATED) The government is slated to bid out the operations and maintenance contract of Misamis Oriental’s Laguindingan Airport in December.

Upgrading the Laguindingan Airport, which would modernize the airport’s facilities based on international standards, includes the expansion of its cargo terminal building and runway; and a construction of a new passenger terminal building, said Transportation Secretary Joseph Emilio Abaya.

“It is meant to satisfy the projected number of passengers for the next 3 decades, as well as to maintain the airport’s facilities and services at international standards,” Abaya said in a statement on Tuesday, November 4.

The airport serves flights to Cagayan de Oro City, although it is located outside Misamis Oriental’s provincial center. It replaced the aging Lumbia Airport in 2013.

The airport has been serving 1.6 million passengers annually since it opened. By 2017, the figure would rise to 2.58 million, Abaya said.

“The airport was meant to be completed way back in 2006, but was not fully executed until last year,” he said.

Awarding of the contract to the winning bidder is scheduled in the third quarter of 2015, said Abaya.

Meanwhile, the DOTC announced that the airport may soon begin night operations, as the Civil Aviation Authority of the Philippines (CAAP) looks into the airport’s night landing capacity until November 6. The development has elated commercial carriers.

Non-primary airports across the country lack instrument landing system, which limits them to operate only from sunrise to sunset, prompting some flights to be cancelled.

Meanwhile, Cebu Pacific Vice President for Corporate Affairs Jorenz Tanada said they have not received an official status of Laguindingan’s night landing capability, but “we will look at all our options and secure all necessary approvals to add more flights to and from Laguindingan Airport.”