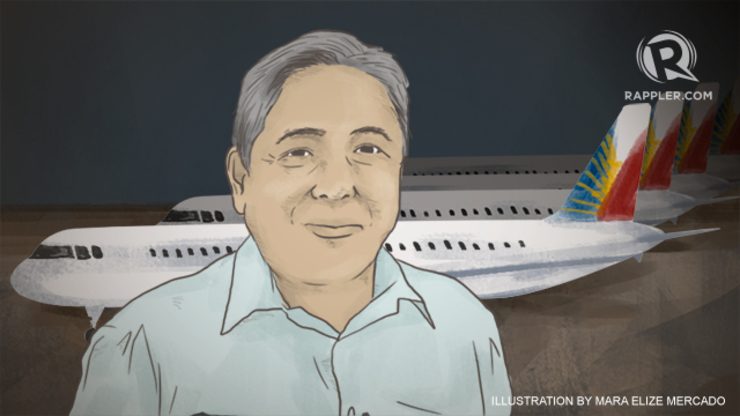 Facebook Twitter Copy URL
Copied
Philippine Airlines may take another airline, or a firm with interests in the aviation sector, as an equity partner, but no talks are ongoing at this time

“I would prefer an airline with more destinations so we can expand our presence,” newly-installed president Jaime Bautista said.

Bautista added that the company may take another airline, or a company with interests in the aviation sector, as an equity partner.

Under Philippine law, a foreign airline may acquire up to 40% of a carrier like PAL, Bautista said, while stressing there were no ongoing talks at this point.

“There are names we are looking at, but we are not at liberty to disclose (them) at this time,” he told a news conference.

Bautista said the carrier plans to buy long-haul planes over 10 years – either by converting a previous order for narrow-body aircraft from Airbus into bigger planes or taking up Boeing’s proposal to sell its 777 jets.

PAL is to open new local and international routes over the next 3 years, including Manila-New York from March 2015, Bautista added.

After struggling with losses amid competition from budget carriers, high fuel costs, and a labor dispute, PAL returned to profitability this year, posting a net profit of P1.49 billion ($33 million) in the 3 months to June.

Lucio Tan, one of the Philippines’ richest men, named Bautista to lead the airline after regaining control of PAL in September, buying out San Miguel Corporation’s (SMC) 49% interest in the airline for a reported $1 billion.

Bautista said PAL is reviewing a massive re-fleeting program initiated by the previous management, which had ordered 64 planes from Airbus for more than $7 billion after San Miguel won management control of the airline in 2012. (READ: Clipping PAL’s ‘too many wings’)

The airline’s listed parent PAL Holdings disclosed last month it was “seriously studying” the possibility of deferring aircraft deliveries, complaining that “too many orders” had been made.

PAL will take delivery of 10 Airbus A321s this year and another 10 of the same model in 2016, Bautista said Friday.

Some of the 28 Airbus planes set for delivery after 2016 may be converted to long-haul jets, he said, without giving further details.

“We’ll have to study this very carefully. It’s easy to buy airplanes but difficult to dispose,” he added.

“We will take advantage of the re-fleeting program to improve our service, reboot costs and hopefully, become a profitable airline.”

PAL will now focus its European operations on its newly-opened London route and add more flights to Honolulu, while scaling down Middle East operations due to lower-than-projected demand, Bautista said.

The company will also be “more aggressive” domestically and may reopen its hub in Cebu, the commercial capital of the central Philippines, said Bautista. – Rappler.com