Nov 25, 2014 10:49 PM PHT
Rappler.com
Facebook Twitter Copy URL
Copied
The Toll Regulatory Board has yet to act on their petition for a toll rate increase, pending for years now 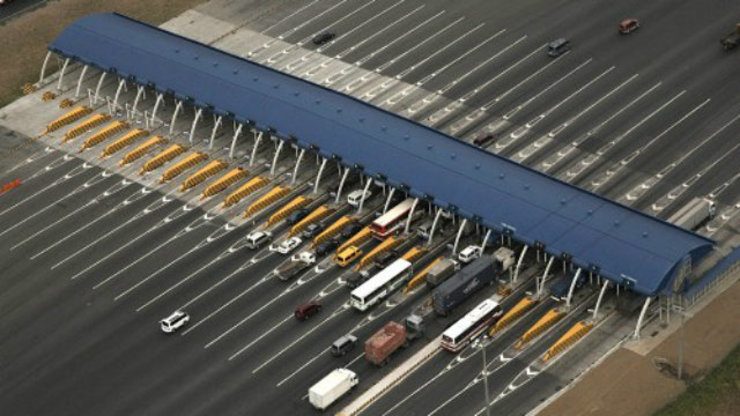 MANILA, Philippines – Infrastructure company Metro Pacific Investments Corporation (MPIC) said it is foregoing over P2 billion ($44.47 million)* in potential revenues since the government has not acted yet on its tollway operators’ petitions for a toll rate hike.

Metro Pacific Tollways Corporation (MPTC) president Ramoncito Fernandez told reporters on Tuesday, November 25, that their tollway operators continue to lose potential revenues because over the past 3 years the Toll Regulatory Board (TRB) has not decided on their petition.

MNTC President Rodrigo Franco said the increase is long overdue as the tollway is charging customers lower tolls compared to when it started operating the NLEX in 2005.

“We hope people are going to understand why we have a petition for toll rate hike. Over the years, we even reduced our toll rates,” Franco said.

MNTC is asking for an average 15% toll increase for NLEX. CIC petitioned for a 25% hike for CAVITEX.

The tollways arms of MPIC are also seeking clarification from the Aquino administration on the current toll rate regime for the country’s major expressways.

Specifically, the company is closely studying the viability of ongoing projects, including the proposed P10-billion ($22.37 million) Segment 10 project.

“We would like to have clarity on the toll rate regime of Segments 9 and 10 so we can continue to defend to our shareholders our continuous investments on both roads,” Fernandez said.

To date, MNTC is in the final stages of Segment 9 construction of the NLEX-Harbor Link project, slated to open by the 1st quarter of 2015. This segment features a 2.4-km, 4-lane, at-grade expressway stretching from the Smart Connect Interchange to MacArthur Highway in Valenzuela City.

Also, pre-construction activities for the Segment 10 portion of the NLEX-arbor Link project are progressing after the notice to proceed was issued last May 2014. The 5.6-km, 4-lane, elevated expressway will run from the terminal of Segment 9 in Valenzuela City and head south to Circumferential 3 (C3) Road/5th Avenue in Caloocan City, above the alignment of the Philippine National Railways (PNR) tracks. – Rappler.com