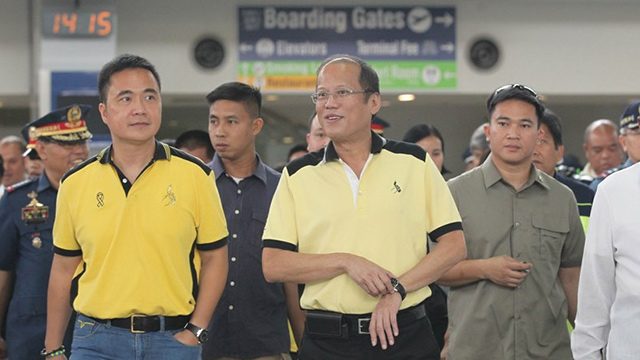 “I think we should get back to the old Civil Aeronautics Act, which was approved in 1950. Back then P5,000 ($110.96) was a good deterrent,” Abaya told reporters in a chance interview Thursday.

Violators of the Civil Aeronautics Act of the Philippines, also known as Republic Act No. 776, face a maximum penalty of P5,000 ($110.96) or imprisonment of at least one year, or both, depending on a court’s decision.

The inexpensive penalty, “is something they’ll laugh at,” Abaya said.

Abaya, a lawyer himself, however said he would need to revisit the provisions of the law which were used as basis to slap Dubai-based Emirates Airlines with a P1.8-million ($39,946.77) fine for allegedly selling tickets for its 3rd daily flights without consent from aviation regulators.

The proposed increase in carrier penalties comes after the Department of Transportation and Communications (DOTC) said it would find reasonable grounds to wallop Cebu Pacific Air with liabilities for its fickle flight cancellations during the holiday season.

The low cost carrier’s cancellations, which displaced thousands of distraught passengers, could even lead to its suspension and franchise revocation “if warranted,” the DOTC previously said.

In their defense, Cebu Pacific blamed air traffic congestion which the DOTC dismissed as baseless.

The carrier had 20 cancelled flights and 288 delayed flights at the Ninoy Aquino International Airport Terminal 3 from December 24 and 26, based on the probe conducted by the aviation regulatory bodies on December 29.

Earlier in 2013, Cebu Pacific was spared from sanctions, despite one of its planes skidding off the Francisco Bangoy International Airport runway in Davao City.

No one was injured, but angry passengers claimed they were given no assistance after the terrifying landing.

The pilots, however, were suspended for several lapses. – Rappler.com