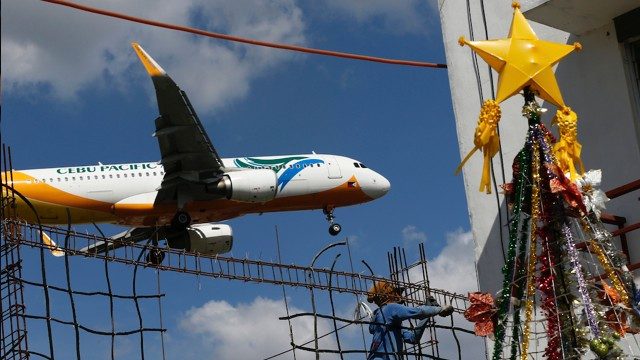 Facebook Twitter Copy URL
Copied
The fine is deposited directly by the Civil Aeronautics Board in the national treasury account, with nothing to compensate affected passengers

The fine was imposed on the budget carrier for flight delays and cancellations during the Christmas season.

“The amount was directly deposited by the CAB in the account of the national treasury in accordance with the rules,” Arcilla added.

Arcilla is referring to the rules mandated by Republic Act 776, otherwise known as the Civil Aeronautics Act of the Philippines.

The regulator, through CAB Resolution No. 4 (BM 01-01-12-2015), slapped the multimillion-peso fine after numerous passengers complained over flight delays and cancellations from December 24 to 26. A total of 10,400 passengers were affected.

CAB implements the Air Passenger Bill of Rights (APBR) that defines and seeks to protect the rights and interests of passengers vis-a-vis the airlines, and address common passenger concerns.

Thus the regulator encouraged the affected passengers to seek compensation themselves for the inconvenience caused them.

Cebu Pacific Air Inc chief Lance Gokongwei said in a congressional hearing on January 21 that he was “profoundly sorry” for failing their passengers during the holidays.

The airline executive stressed that absenteeism was the root of the problem, which Cebu Pacific had earlier cited in their explanation to a government panel investigating the incident.

As it settled the fine, Cebu Pacific officer-in-charge for corporate affairs division Paterno Mantaring Jr said the budget carrier looks forward to “work more closely with our government regulators, to serve the best interests of our valued passengers, and the general public.” – Rappler.com