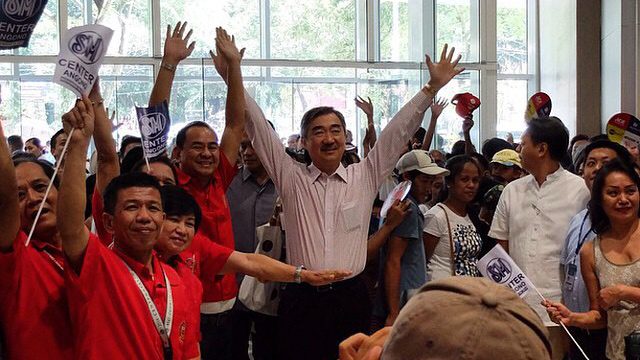 MANILA, Philippines – The holding firm of the tycoon Henry Sy is allotting P80 billion worth of capital expenditures (capex) for its mall, property, and retail expansion.

“The odds are in our favor. Barring any climate disturbance, our economy will be very good this year,” said Core Guidote, SM Investments Corporation (SMIC) investor relations head.

Guidote said SMIC’s expansion this year is anchored on the country’s latest economic growth performance which is boosted by strong consumer spending and foreign remittances.

Its planned capex for this year is similar to what the holding firm disclosed in 2014.

In the same year, the Sy-led firm said it would spend for projects of its property arm SM Prime Holdings Inc., P5 billion ($113.12 million) to P6 billion ($135.75 million) for retail operations, and the rest for banking subsidiaries Banco de Oro Unibank Inc and China Banking Corporation.

In December 2014, BDO entered into an agreement to purchase controlling equities of One Network Bank Inc, the largest rural bank in Mindanao.

Meanwhile, SMIC is also mulling over a faster rollout of Alfamart stores, which is a joint venture with Indonesia’s PT Sumber Alfaria Trijaya Tbk.

There were at least 3 initial Alfamart stores that opened in Cavite and Laguna in September 2014. – Rappler.com