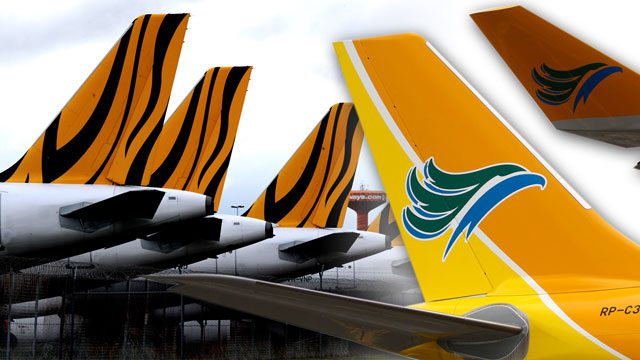 The Gokongwei-led carriers achieved notable passenger growth in both domestic and several international markets, thanks to its increased presence in the Middle East and Japan, and its entry into Australia.

To date, Cebu Pacific flies to 62 international and domestic destinations.

For December alone, Cebu Pacific and Tigerair Philippines flew 1.54 million passengers or 23.5% higher compared to 1.24 million in the same month in 2013.

The budget carrier paid last month the P52.11 million ($1.18 million) record fine by the Civil Aeronautics Board (CAB) due to massive complaints about delayed and cancelled flights during the Christmas holidays.

A total of 10,400 passengers were affected by the flight delays and cancellations. The CAB Board decided to impose a P5,000 ($112.97) fine for every affected passenger.

But the fine went straight to the national coffers with nothing to compensate the affected passengers. – Rappler.com