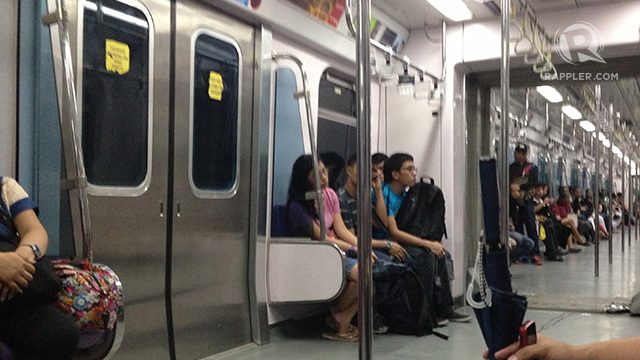 MANILA, Philippines – Familiar names are competing for the contract to operate and maintain the Light Rail Transit line 2 (LRT2).

The bids and awards committee of the Light Rail Transit Authority has prequalified all the 4 groups that submitted documents on January 27, said DOTC spokesperson Michael Arthur Sagcal.

“All 4 interested groups for the LRT2 [operations and maintenance] project have successfully hurdled the prequalification stage in the actual bid, which is targeted for the 3rd quarter of this year,” Sagcal added.

SMRT Transport Solutions is a unit of SMRT Corporation LTD, a premier multi-modal transport service provider in Singapore. Tokyo Metro is controlled by the Japanese government and is into the operations and management of railways.

“We are pleased to have a competitive number of experienced international rail companies partnered with reputable local firms vying for this project, which is envisioned to deliver world-class services to LRT2 riders,” Sagcal said.

Valid for 10 years, the O&M contract winner would operate and maintain the existing 13.8 kilometer (km) LRT2 from CM Recto Avenue in Avenida, Manila to Santolan, Pasig City with 11 stations.

The O&M of the other future extension of LRT2, including the proposed extension to Port Area, Manila would also be under the winning bidder.

In January, DOTC awarded the P2.27 billion ($50.31 million) contract to DMCI for the construction of a 3.9-km elevated guideway for the LRT2 East Extension has been awarded to the company as part of the government’s railway modernization program.

DMCI would have 18 months to complete the civil works for the elevated guideway or viaduct. – Rappler.com