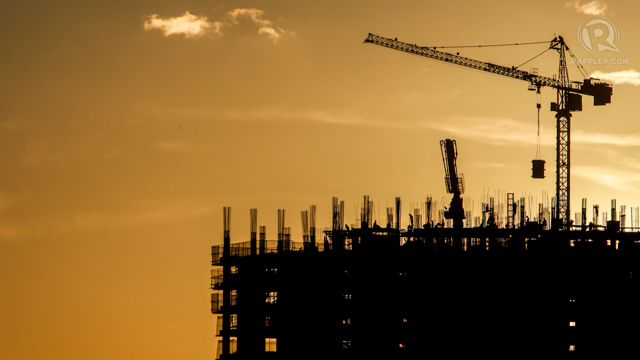 MANILA, Philippines – The prospects of the Philippine real estate industry this year are bright, anchored by the continuing growth of the Business Process Outsourcing (BPO) sector and supported by the resurgence of the retail, hospitality and gaming sectors.

“We just rang in the year of the goat during Chinese New Year, but this certainly won’t be a goat year for Philippine real estate. It’s going to be another strong year,” said Rick Santos, founder, chairman, and CEO of CBRE Philippines.

CBRE Philippine is the local subsidiary of the CBRE group, the largest real estate services company in the world.

The BPO sector remains the top driver for investment in the country due to the country’s cost-effectiveness and demographics dividend, according to CBRE.

The continued expansion of the BPO sector has also significantly accelerated the services sector, which has grown at 3.3 percentage points of the GDP and is the top drawer of economic growth in the fourth quarter of 2014, he added.

The sector continues to be the main source of demand for the office market, according to John Corpus, director of agency and brokerage at CBRE. “The Philippines has overtaken India in voice call centers including Western banks and IT firms due to client preference for local English accent. Call center numbers are growing at about 20% per decade,” he said.

Corpus added that for every one BPO job, an additional two and a half jobs are created in construction, administration and services and in this way, they “build cities.”

Retail is going to be the next battleground for profits, a logical progression for an economy that is rising at such a rapid pace, said Morgan McGilvray, another director of at CBRE who specializes in the retail sector.

This is happening as real estate developers, such as Ayala Land and Megaworld, continue to diversify into the retail segment according to him.

The estimated new supply in 2015 is 233,000 square meters (sqm), according to CBRE, which is the equivalent of 6 new high-rise buildings worth of retail space.

A good example of this is the Arena in The SM mall of Asia or Samsung Hall in SM Aura with the idea that shoppers are drawn to venues for entertainment and then stay to shop afterwards.

Filipino shoppers will have more choices too as foreign retailers are starting to see the potential of the Philippines and plan to expand.

McGilvray recalled that a few years ago, only American and Japanese retailers dominated the landscape, but more foreign players are now starting to come in, as shown by the recent arrival of H&M, a brand from Sweden. 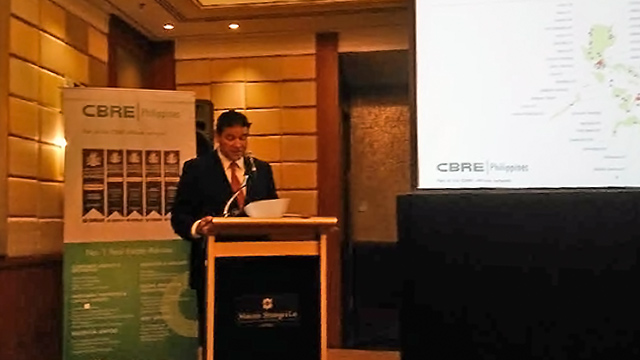 Places to stay and play

The local hospitality industry is set to boom also as demand for hotel rooms rises due to increasing visitor arrivals according to Santos.

“There is nothing but sunshine for the hospitality industry as tourism strengthens and more investors come in” he said.

Total earnings from inbound tourism in 2014 amounted to US$4.84 billion, higher by 10% against the previous year’s earnings of US$4.40 billion, according to statistics released this month by the Department of Tourism (DOT)

This is showcased by the expansion of “Entertainment City,” where casino hotels have added almost 1000 new hotel rooms last quarter supplied by Solaire Sky tower, as well as Nobu Hotel and Hyatt Hotel of the recently opened City of Dreams.

“The expansion of the gaming industry in the Philippines will simultaneously increase activity in the hospitality and leisure sector, in response to the expected demand for accommodation from incoming tourists,” Santos said.

The casinos at Entertainment City are set to be joined by Okada Group’s Manila Bay Resorts and Resorts World Bayshore, both of which are set to open in 2016 and 2018 respectively.

Santos sees the aggressive expansion in the gaming sector as reflective of the overall bullish mood of the real estate industry and the confidence investors have in the country.

“All of this contributes to the Philippines being set to rival Macau in the gaming sector,” Santos said. – Rappler.com