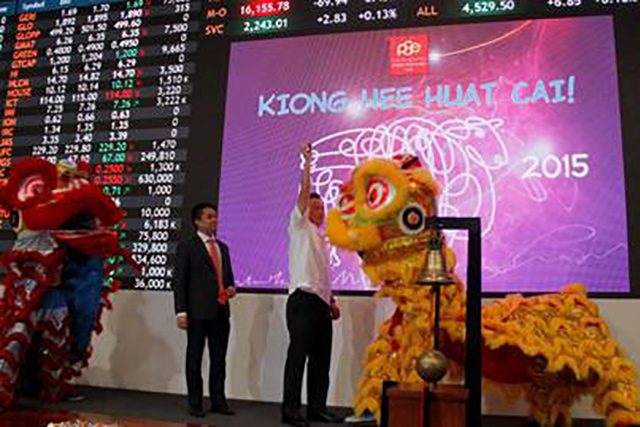 To be included in the PSEi, a listed firm should be among the top companies in terms of liquidity and full market capitalization. A listed company should also have a free float level of at least 12% of its outstanding shares.

In a statement released Wednesday, February 25, PSE said 10 new firms will be included in the sectorial indices while 15 firms will be excluded.

For sectoral indices, companies must rank among the top 50% in terms of median daily value per month in 8 of the 12-month period in review.

The recomposition of the PSEi and sectoral indices will take effect on Monday, March 16, 2015, based on the review of listed companies covering trading activity from the period January to December 2014.

PSE President and Chief Executive Officer Hans B. Sicat  said the periodic review ensures that the indices truly represent the best among the listed companies based on the standards set.

“With this exercise, we hope the components of the indices can reflect the increasing interest the Philippines is attracting as a viable investment destination,” Sicat said.

The index composition is reviewed twice a year, using the methodology and criteria identified in PSE’s index management policy.

With the recomposition of the sectorial indices, the industrial Iindex will have two new members, Century Pacific Food, Incorporated and Integrated Micro-Electronics, Incorporated.

Chemrez Technologies, Incorporated which delisted last month, will also be removed from the list.

No new company will be added to the financials index but one company, Sun Life Financial, Incorporated, will be excluded.