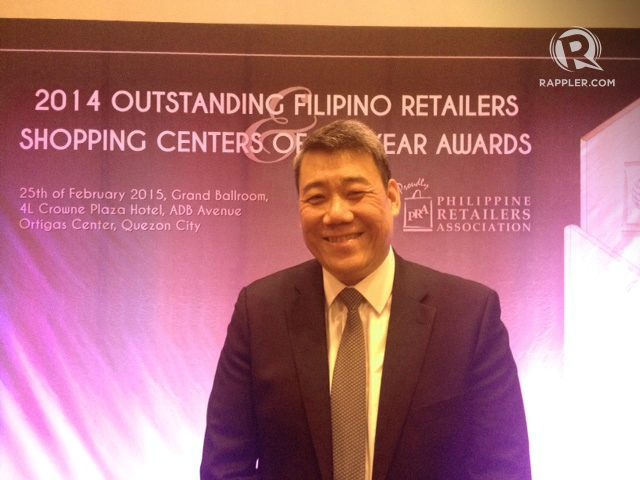 ”The arrival of foreign brands actually allowed us to educate the market,” he said.

It gave brands such as Penshoppe the opportunity to also seize this phenomenon, Liu said.

Trends like fast fashion was not something the Philippine market was familiar with until foreign brands such as Uniqlo, H&M, Pull & Bear came in.

Retail industry leader Samie Lim earlier said that in the first quarter of 2014, sales of Filipino fashion brands dropped by 50% for failing to match the resources of foreign brands now occupying premium locations and huge spaces in the country’s major shopping meccas.

“I have to be honest about the past two years: with all the global brands coming in, everyone was worried but we did what we had to do. We had to level up,” Liu said.

Liu noted that the firm made sure the brand had a strong presence in the market using endorsers, upgrading product offerings and keeping prices competitive.

Taking all of these factors into play, when the foreign brands came in, Penshoppe was not affected, Liu said.

Liu conceded though that a local retailer would need to invest a lot of resources to meet the standards required.

“Of course big multinational brands will flourish in a market with mass consumers but small players can also participate in our own way, as long as we maintain our agility and leverage our understanding of the local market,” he said.

Liu said local knowledge plays a big part, and the opportunity for expansion in areas outside Metro Manila is one way of offsetting the increased competition.

The big foreign retailers are concentrated in Metro Manila and will be so for the next few years, so the opportunity is there to take advantage of new commercial developments outside the National Capital Region, as well as Visayas and Mindanao, Liu said. As a global retailer, Liu viewed the coming ASEAN integration as a glass half-empty, glass half-full scenario for the retail industry.

There will definitely be a lot of goods and services coming in, but at the same time this would provide opportunities for local brands to participate in the outside market, Liu said.

It is also not only the brands that stand to profit, but firms can act as a magnifier for supplier growth, Liu illustrated.

“In my case, the more I open stores outside the country, the  more local suppliers I have today are going to help me with volume and thus grow their business. Indirectly they will also participate,” he said.

As for the glass half-empty scenario, there are those who get paralyzed by the thought of competition from big players and who would be marginalized by the flood of new competition.

The winner though would be consumers who will be given more choices. And retailers who are willing to “slug it out,” he said