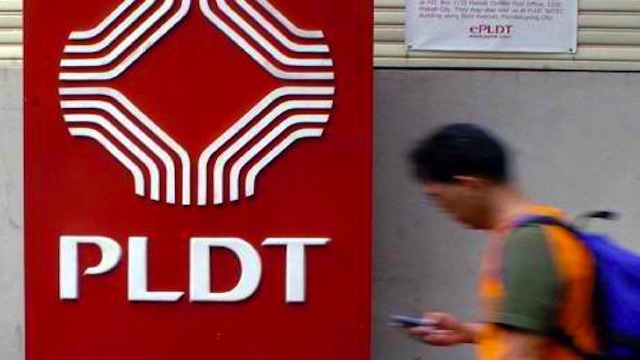 The company is spending P39 billion ($884.45 million) for its capex in 2015 or 23% of revenues this year, PLDT president Napoleon Nazareno said in a press conference on Tuesday, March 3.

This year, the dominant carrier is also anticipating an exponential growth in network traffic from increasing smartphone ownership and from PLDT’s own initiative stimulating data usage, Nazareno said.

Bulk of the capex would be used to activate more 3G base stations and at the same time expand its Time Division-Long Term Evolution (TD-LTE) and Frequency Division- LTE (FD-LTE).

PLDT signed a $200-million term loan facility with The Bank of Tokyo Mitsubishi on February 26 to finance capex requirements for network expansion and improvement. It would also be used to refinance existing indebtedness proceeds utilized for service improvement and network expansion.

The company is also looking at signing a loan agreement worth from $200 million to $300 million with Mizuho Bank within the first quarter of the year, Chua said.

The PLDT Group also signed a P2-billion ($45.37-million) term loan facility with Bank of the Philippine Islands (BPI) to finance its capex and refinance its existing loan obligations.

The BPI loan proceeds were spent for service improvements and expansion programs. Payable over 10 years, the loan has an annual amortization rate of 1% on the first year up to the ninth year from the initial drawdown date and the balance payable upon maturity.

Thus, the PLDT group is accelerating its shift into a converged digital communications provider.

“Our 2014 performance reflects the combined effect of the intense domestic competitive situation and the changing global landscape,” Pangilinan stressed.

Pangilinan pointed out that PLDT recognizes the need to complement its present business by participating in the digital world beyond providing access and connectivity.

“This transition is expected to carry on for the near-term and will likely involve an investment phase in both capital expenditures and corporate assets,” Pangilinan added.

The company would continue to face intense competitive pressure, continued influence from OTT players, and higher capex for 3G and 4G networks.

“Beyond 2015, we see brighter prospects for PLDT,” Pangilinan shared.

As such, the company is accelerating efforts to “reshape the PLDT Group into a converged digital communication business from a telco-access business,” Nazareno said.

For instance, PLDT’s Smart Communications Incorporated is boosting its “Internet for all” campaign while PLDT HOME, PLDT Alpha Enterprise, and PLDT SME Nation continued to address the concerns of companies and enterprises.

PLDT is also expanding its footprint in digital space through Smart Money, as well as new business units and spin-offs or investments in Philippine Internet Goldings and MePay Global.

PLDT also has investments in Rocket Internet of Germany. – Rappler.com