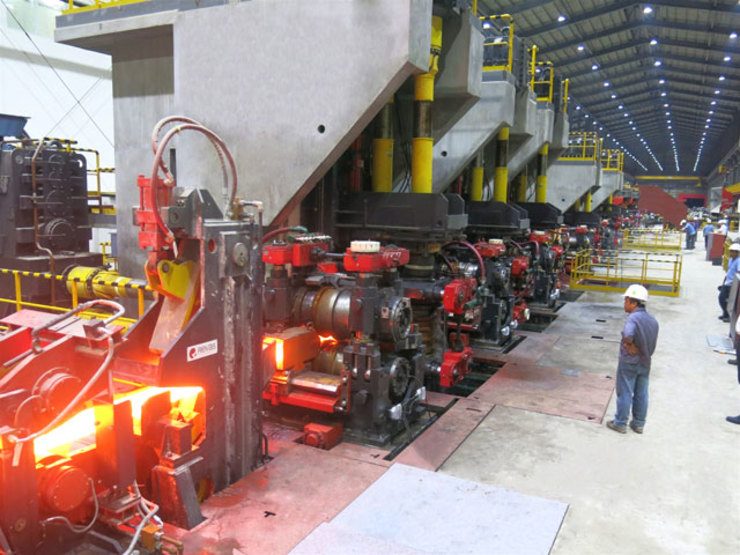 MANILA, Philippines – Only 3 months since it inaugurated its Davao plant – currently touted as the largest and most modern steel plant in the country – SteelAsia Manufacturing Corporation is now readying its P6-billion ($135.69-million) facility in Plaridel, Bulacan.

SteelAsia Vice President Roberto Cola said the plant will be the country’s largest and will be among the most modern in the world with the use of production efficiency technology and environmental protection.

The Plaridel plant will serve the Luzon plain, which means deliveries will be quicker as trucks no longer need to enter EDSA and contribute to its congestion.

With truck turnaround time improved significantly, less diesel will be consumed which will be good for the environment, Cola further explained.

The Plaridel plant is expected to create nearly 3,000 direct and indirect jobs.

SteelAsia has two other plants in Bulacan and one each in Cagayan de Oro, Cebu, Batangas. The Davao plant was inaugurated only in December 2014. Producing 500,000 metric tons of steel and created around 2,000 direct and indirect jobs.

Both the Davao and Plaridel plants of SteelAsia are designed with the latest technology from Italy, and will rely on rain water using huge reservoirs during the rainy season.

Both mills will also feature zero-wastewater systems that treat and recycle all water back into the manufacturing line.

Cola said these features are among an array of environmental measures SteelAsia will take to fully comply with existing laws.

SteelAsia is the manufacturer of reinforcing steel bars in the Philippines operating 6 manufacturing facilities.

SteelAsia is responsible for around half of Philippine steel billet importations. – Rappler.com