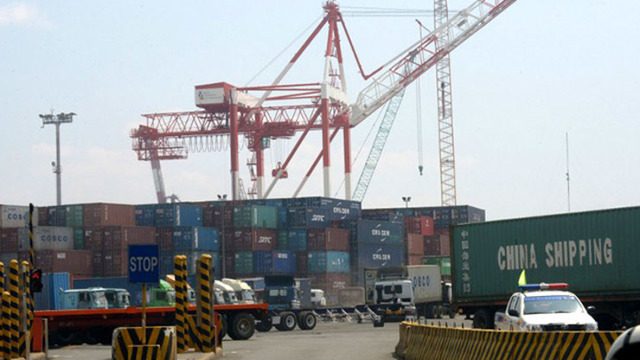 In March, the Palace announced that port congestion is already normalizing. Later that month, the Philippine Ports Authority (PPA) reported that it booked profits despite the congestion experienced.

The congestion issue was resolved despite higher-than-normal volumes handled during the first quarter of 2015, Malacañang said in a statement.

International Container Terminal Services Incorporated (ICTSI), the Philippines’ largest port operator, reported that a number of carriers calling at Manila International Container Terminal (MICT) have removed their “port congestion and other surcharges,” the Palace noted. This was the charge implemented by the carriers at the time congestion was experienced at the Port of Manila.

“This proves beyond doubt that there is no more congestion at the Manila international container ports, thus the charge no longer needs to be implemented,” the Palace statement said. The remaining shipping lines are seeking approval from their regional headquarters to drop their surcharges within the month.

Malacañang added that it also expects trucking rates to return to its normal levels prior to the congestion.

The Department of Trade and Industry (DTI) said that shipping lines have lifted the imposition of port congestion charges while truckers have rolled back their fees to pre-congestion levels.

In a report late Sunday, April 12, DTI Undersecretary Victorio Dimagiba said that according to the Confederation of Truckers Association of the Philippines, the suggested trucking cost is now P14,000 ($313.47) per roundtrip, about half the charges some truckers were forced to pay at the height of the road congestion last year.

At one point, the collection of port congestion charges and emergency cost charges and other charges resulted in additional cost to business of a range of $400 to $500 per shipment, Dimagiba said.

The charges can go down as much as 30% due to competition, Dimagiba said.

Dimagiba said other shipping lines will make an announcement in due time.

Monitoring in the last two weeks at the north and south harbors showed there were no container vessels on queue, a sign of improved movement of goods.

“With these positive developments, prices of basic and prime commodities had remained very steady and had resulted to lower suggested retail prices. Some had even implemented price rollback,” Dimagiba said. – Rappler.com