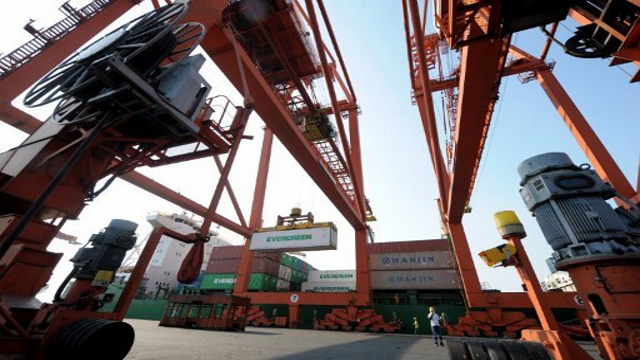 Razon told reporters after the company’s annual stockholders’ meeting Thursday, April 16, that the port operator is looking at ports in Kenya, Mombasa and Cameroon.

He added that they participated in a bid for Cameroon pending results, while a bid is in the offing for the Kenya, Mombasa port.

The Port of Mombasa – the only international port in Kenya is the largest in East Africa handling over one million twenty-foot equivalent units (TEUs). The Kenya Ports Authority is now privatizing the operations and maintenance of the port.

The seaport in Cameroon is also being privatized.

“Both ports have a capacity of more than one million containers,” he added.

Razon told the company’s stockholders that ICTSI earmarked $530 million for its capital expenditures (capex) 2015 after booking a 6% growth in earnings for 2014.

This year’s budget is 71% higher than the $310 million allocation for capital expenditures last year. Of the entire amount, ICTSI said it was able to disburse only 90% amounting to $279 million.

The company spent the amount for its new container terminals in Mexico and Argentina; capacity expansion in its terminal operation in Croatia; facilities rehabilitation in its newly acquired terminal in Honduras; and to start the development of the terminal in Democratic Republic of Congo.

The 2015 capex amount would be used for the completion of the company’s new container terminals in Mexico and Democratic Republic of Congo; capacity expansion in its terminal operation in Manila; and to start the development of the new terminals in Iraq and Australia.

ICTSI is investing approximately $140 million to complete the first phase of a joint venture container terminal development project with PSA International Pte. Ltd. (PSA) in Buenaventura, Colombia where it invested $64.7 million in 2014.

Its port revenues rose 24% to $1.06 billion in 2014 from $852.4 million in 2013, mainly due to the revenue contribution from the new terminals in Manzanillo, Mexico; Puerto Cortes, Honduras; and Umm Qasr, Iraq; a strong 45% revenue growth from the company’s consolidated terminal operations in Yantai, China; and favorable volume mix.

Revenues from ICTSI’s 7 key terminal operations in Manila, Brazil, Poland, Madagascar, China, Ecuador, and Pakistan rose 10% and accounted for 74% of the consolidated revenues in 2014.