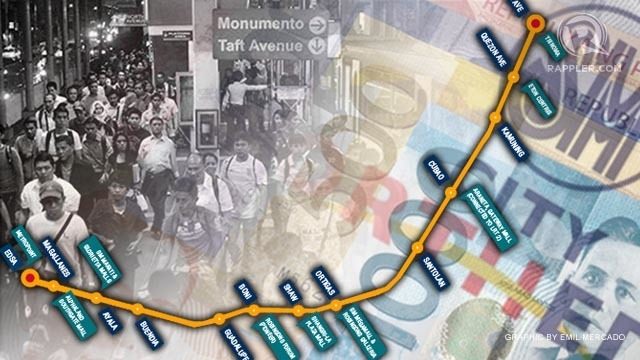 MANILA, Philippines – Listed SM Prime Holdings Incorporated insisted anew that the common train station should be constructed in front of SM North EDSA, not TriNoma mall as pushed by the government.

Lawyer Edgar Ryan San Juan, legal counsel of SM Prime, said Monday, April 27, that the Department of Transportation and Communications (DOTC) should respect the contract stating that the common train station should be in front of its mall along North EDSA.

The legal counsel also denied it is in talks with the DOTC to put up the second common station in front of SM North EDSA and the other in front of TriNoma.

“SM has not received any communication from the DOTC regarding the purported revised plans for the common station,” he added.

San Juan issued the clarification after DOTC Secretary Joseph Emilio Abaya revealed that an agreement between the proponent of Metro Rail Transit Line 7 (MRT7) and the Light Rail Manila Consortium (LRMC) for the proposed second common station in front of SM North EDSA will soon be signed.

Abaya also said the proponent of MRT7 will also have an option to put up another station at the proposed Integrated Transport System (ITS) – North Terminal within the Veterans Medical Memorial Center (VMMC) complex.

LRMC of Metro Pacific Investments Corporation (MPIC) and conglomerate Ayala Corporation bagged the LRT1 Cavite extension project that will extend the mass transit system all the way to Niog in Bacoor, Cavite from Baclaran in Pasay City.

The transfer of the proposed P1.4 billion ($31.60 million) common train station to the TriNoma mall instead of SM City North EDSA is still pending with the Supreme Court. – Rappler.com