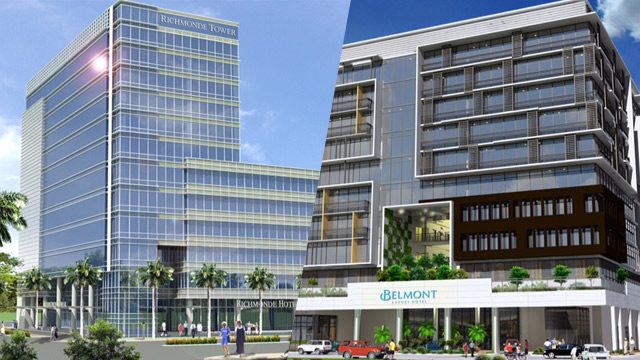 MANILA, Philippines – Megaworld is opening two new hotels this year in its two townships in Metro Manila and Iloilo.

Richmonde Hotel Iloilo will open June 2015. It will occupy 8 levels of the 12-storey Richmonde Tower in the 72-hectare Iloilo Business Park in Mandurriao, Iloilo City. It will be the first Richmonde Hotel outside of Metro Manila and will have 151 guest rooms.

It will also house a restaurant and deli, function rooms, business center, fitness gym, and lap pool with its own pool bar. Gettys is known for its designs of The Peninsula Hong Kong; Hyatt Regency in Cancun, Mexico; Jumeirah Beach Hotel in Dubai; The Ritz-Carlton in Miami, Florida; Four Seasons Hotel in Chicago; Westin Golf & Spa Resort in Abu Dhabi; Shangri-La Hotel in Beihai, China; and Hard Rock Hotel in Macau, among others.

“The people of Iloilo can now be proud of having a hotel that truly provides first class standards. We will certainly set the bar of hotel lifestyle in Western Visayas,” said Carmen Fernando, managing director, Prestige Hotel & Resorts Incorporated, the hotel management company of Richmonde Hotel Iloilo and a subsidiary of Megaworld.

By second half of the year, another hotel will open in the 25-hectare Newport City, the country’s first 24/7 integrated leisure and entertainment township hosting Resorts World Manila.

The Belmont Luxury Hotel Newport is in front of the new Marriott Grand Ballroom and a walking distance from Resorts World Manila. It will stand 10-storeys high, with 480 well-designed suites.

The hotel has pocket gardens and landscaped atrium, 24-hour fitness center and workout area, lap pool with in-water pool lounge, paved sunbathing lounge, massage deck and seating area, pool spa, steam, and sauna as well as its own medical clinic. It will also have its own coffee shop and bar and some retail shops at the ground level. 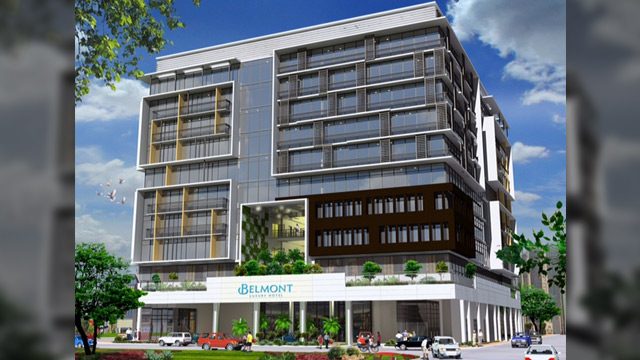 The demand for more hotel rooms is buoyed by Newport City’s proximity to the Ninoy Aquino International Airport.

In 2014, Megaworld Chairman Andrew Tan announced that the real estate firm, along with its sister company Travellers International Hotel Group, will be building hotels around the country with a total of 12,000 rooms.

In the next 5 years, both companies will be expanding to an additional 10,000 new hotel rooms, all of which will be in Megaworld’s township developments.

“By the year 2020, we envision our group to be the largest hotel developer in the Philippines,” Tan said. – Rappler.com