May 12, 2015 11:29 AM PHT
Rappler.com
Facebook Twitter Copy URL
Copied
DMCI will be the contractor for the P26.5B toll road project connecting SLEX to NLEX 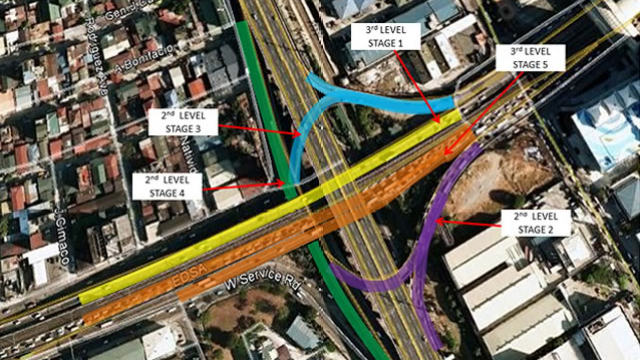 SMC president Ramon S. Ang earlier said the project would decongest the major roads of Metro Manila, particularly EDSA and C5, and reduce travel time from Buendia to Balintawak in Quezon City to 20 minutes or less from two hours.

The project, which is expected to be completed in 2017, is also aimed to stimulate the growth of trade and industry in the southern, central, and northern Luzon areas.

The 6-lane elevated toll expressway starts at the end of Skyway stage 1 along Buendia in Makati City.

Sections 1 and 2 of the project were awarded to DMCI. Section 1 of the project involves the construction of a 3.7-kilometer (km) highway from Buendia to Nagtahan in Manila. Section 2 covers the 3.5-km stretch from Nagtahan to Ramon Magsaysay Boulevard.

Earlier in May, SMC’s CCEC tapped EEI Corporation to undertake sections 3 and 4 of the toll road project. The elevated expressway project covers 14.82 kilometers from Buendia Avenue in Makati City to Balintawak in Quezon City, linking NLEX and SLEX through 8 strategic interchanges.

Other infrastructure projects of SMC include the proposed Metro Rail Transit line 7 (MRT7) from San Jose del Monte in Bulacan to North EDSA in Quezon City and the Boracay Airport. – Rappler.com