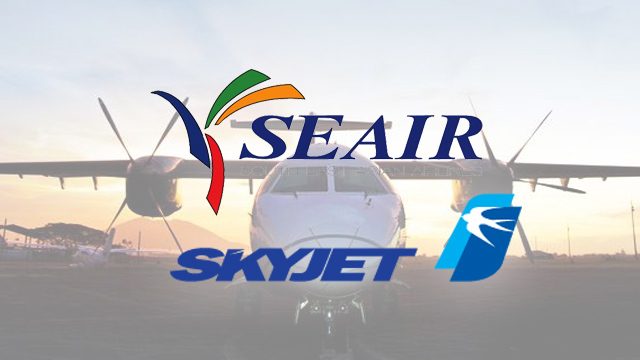 CAAP ordered both airlines to “cease ALL its operations effective immediately.”

The agency took SEAIR-i to task for its management structure, flight safety program, and its rules on accident prevention. For SkyJet, the reasons cited for the suspension of its operations were its flight data monitoring, as well as quality assurance airworthiness and maintenance control.

An AOR is granted to an aircraft operator allowing it to conduct charter (low or high capacity), flight training, and regular public transport purposes, among other related activities.

The observations were in reference to the report by the European Union (EU) Assessment Team that visited the country in April and looked into the safety situation in a number of Philippine airlines such as Air Asia Zest, PAL Express (formerly Air Philippines Corporation), Island Aviation Incorporated, and Tiger Airways Philippines .

In a letter addressed to Avelino Zapanta of SEAIR-i and Captain Teodoro Fojas of Magnum Air, CAAP informed the two airline officials of the suspension order of its AOCs due to various safety shortcomings on the rules and standards prescribed under the Philippine Civil Aviation Regulations (PCAR).

The letter, signed May 15 by Director General William K Hotchkiss lll, said the results of the assessment visit and investigation made by him and his office require that the safety concerns be immediately corrected by the two companies.

The suspension order takes effect Monday. CAAP said the suspension remains until SEAIR-i and Magnum Air have complied with the aviation safety standards set by CAAP.

The European Union (EU) air safety assessment team is expected to announce by July if Philippine low-cost carriers will be allowed to fly to Europe. (READ: PH carriers to know by July if they can fly to Europe) – Rappler.com