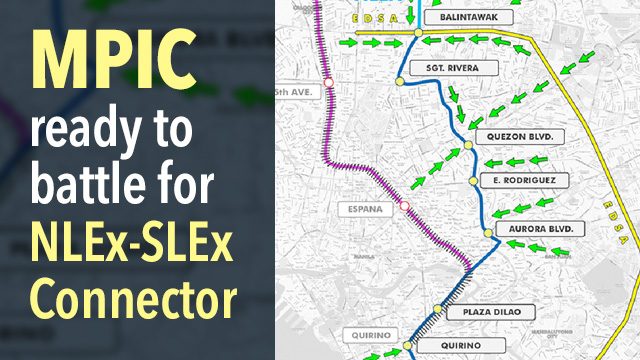 Facebook Twitter Copy URL
Copied
Because of the changes in the mode of implementation, the original proponent of the connector road says completion of the project will be pushed back to 2018

Responding to questions after a news briefing, Singson told reporters, “We are looking at October or November as the date for the actual rollout of the Swiss challenge for the NLEX-SLEX Connector Road.”

MNTC is the tollways unit of infrastructure conglomerate Metro Pacific Investments Corporation (MPIC) that currently operates NLEX and had long been seeking to connect that expressway to the southern corridor exiting Metro Manila.

Following the  February decision of the National Economic and Development Authority (NEDA) Board to move forward with unsolicited proposals, Singson said his department needs to sort out alignment issues before it can publish the invitation to match MNTC’s bid.

“We’re just finalizing the contract terms with the original proponent MNTC. The finalized terms will be under Swiss challenge. The details of engineering design is still being developed,” Singson said.

In April, MNTC president Rodrigo Franco said the revision of the alignment of the proposed NLEX-SLEX connector road would escalate costs by at least 30%.

“We will now have to revise our design to accommodate the construction of the North-South rail project. The cost will really increase, as it might pass through the North-South Railway project” Franco said.

Singson said there is already an agreement between the DPWH and DOTC – the implementing agency of the North-South Railway project – on the alignment of the Connector Road. But he did not elaborate as “details on the design are still being developed.”

The NEDA Board had also ruled in February that the contract should be bid out via Swiss challenge – the course the government takes when dealing with unsolicited proposals. This requires an invitation to make competing offers while giving the original proponent the right to match them.

MNTC first submitted an unsolicited proposal in 2010 for the connector road. On January 21, 2014, it signed a joint venture agreement with state-run Philippine National Construction Corporation (PNCC) – the holder of the NLEX franchise – to build that road.

But months later, the Department of Justice (DOJ) said in an opinion on the joint venture proposal that the NEDA Board approval of the agreement between MNTC and PNCC is “without factual basis or justification.”

The MNTC proposal was again subjected to NEDA review.

‘No interest as of now’

“As of now, no companies have expressed interest,” Singson said, but noted that absence of interest thus far is no reason not to proceed with a Swiss challenge, “because that’s the legal process.”

MNTC’s original unsolicited proposal involved a 13.5-kilometer elevated road that will connect North and South Luzon expressways, including a 5-kilometer common alignment from the Polytechnic University of the Philippines (PUP) to Buendia Avenue in Makati City. 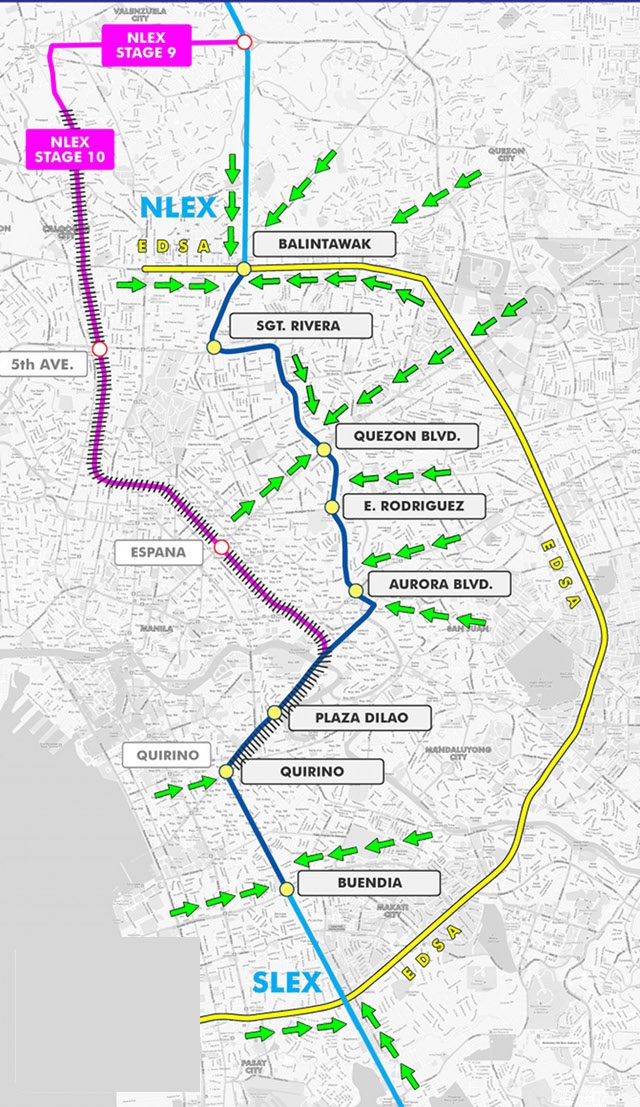 Citra has obtained financing for the common alignment portion of the road. The San Miguel group’s P26.5-billion ($593.68-million) Metro Manila Skyway Stage 3 project is a 6-lane 14.8-kilometer expressway, from Buendia Avenue in Makati City to Balintawak in Quezon City, connecting the SLEX to NLEX.

Malacañang approved the contract for the Skyway Stage 3 project in September 2013.

The NLEX-SLEX connector road would link C-3 in Caloocan City to the PUP campus in Sta Mesa, Manila. Some segments, according to the PPP Center, would run above the lines of the Philippine National Railways.

Because of the changes in the mode of implementation, MNTC said the completion of the connector road will be pushed back to 2018, from its original target of 2016. –Rappler.com