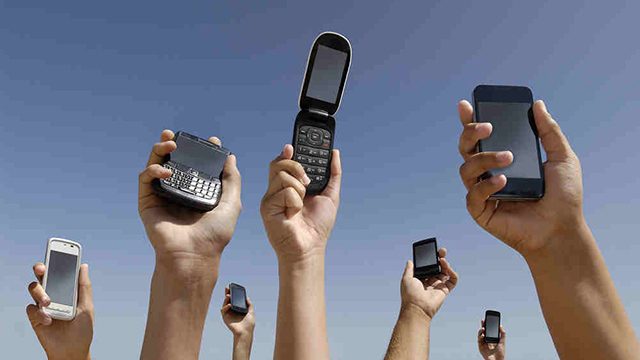 This is a news release from the Asia-Pacific Economic Cooperation.

MANILA, Philippines – Telecommunications and information officials from the 21 Asia-Pacific Economic Cooperation (APEC) member economies are in Boracay, the Philippines this month. Part of the agenda is to put into action a new 5-year plan for maximizing the sector’s capacity to drive progressive trade, growth, and development in the Asia-Pacific.

Malaysia’s Minister of Communications and Multimedia Dato’ Sri Ahmad Shabery chaired the APEC Telecommunications and Information Ministerial Meeting in Kuala Lumpur when the plan was launched. In an interview, Shabery discussed the rise of the digital economy, connectivity gaps, and cybersecurity and privacy concerns that are atop APEC’s policy agenda. He also described the impact that the fast-changing and often unexpected direction of innovation can have on the application of telecommunications and information as a tool for economic and social progress and the challenges it presents to keeping industry policies relevant.

APEC: Please share your thoughts on the role of telecommunications and information in shaping Asia-Pacific economies?

Shabery: We have to understand the future economy that we are engaging with. Talking about the role of the traditional economy in terms of trade – you buy goods, you export your goods, and so on. That has changed a lot in the new landscape of Internet economy today in terms of how you place your order, how you advertise, the role of media, the role of other means of promoting your economy, your goods, your services.

APEC: How are APEC members seeking to harness the emerging digital economy and advances in data to power trade and growth in the Asia-Pacific, and ensure the benefits are widely felt among the region’s people and businesses?

Shabery: It varies from various areas and various angles as well. Connectivity is one thing. How to make sure that we have enough adequate infrastructure which is deployed everywhere among the different economies? It has to be affordable as well. It has to be something that can be adopted by everybody.

You may have the infrastructure, it may be affordable, but on whether it is adopted or not, there are a few other things we need to look into. But of course to make use of ICT, for instance, we have some areas that everybody has to agree on – how we do our business, how we do our trade through the Internet economy. Those are the areas that have to be accepted by everybody.

APEC: As the Internet’s importance as an economic driver increases and more people’s lives and livelihoods depend on it, what can APEC members do to address potential vulnerabilities?

Shabery: There are a few issues we have to handle together. For instance, the issue of security – how secure our network is, how  to stop people from manipulating it and take advantage of how exposed we are, how open we are with  each other, how we can be vulnerable in terms of cyberattacks, cybercrimes, and so on.

APEC: Improving connectivity and cybersecurity is one thing, but when it comes to sharing financial, health, and other personal information online, the issue of exposure comes into question.

Shabery: For more people to have confidence in the Internet economy, we have to make sure that it is not only secure but that it also protects privacy, people’s personal data, and other things related to it.

APEC: What new trends and innovations are on the horizon that could change the role of telecommunications and information as a mechanism for growth and improving people’s quality of life?

Shabery: The Internet itself is something which is considered advanced today but can be obsolete very soon in the future. We are charting the territories that we are not very sure about – what will happen in the future?

APEC: How can APEC members ensure that they are cultivating policies that deal effectively with future developments within the sector?

Shabery: Everybody is trying to have their own crystal ball but nobody knows whether their crystal ball is the right crystal ball or not. What is happening today, we never forecasted it in the last, let’s say, 10 or 20 years.

I still remember, in those days, people talked about how you do filming. The film industry has changed a lot in today’s digital age.

We were talking about how much money we had invested in the infrastructure of telecommunication and so on. And then how these infrastructure are being used by other sort of applications that we have today, and how it is going to affect the role of investment itself in the future.

We talked about, for instance, some of the platforms which are really in the mode of convergence – you can do chit-chatting on social media, you can make a call, and so on. That could be the new thing that could make what we use today obsolete in the future.

That’s among the other things that we among ourselves are sharing in terms of experiences and the things that we are thinking about. What is going to happen to the industries we have today?

Group of hands image from Shutterstock