Crop damages due to dry spell now worth P2.19B 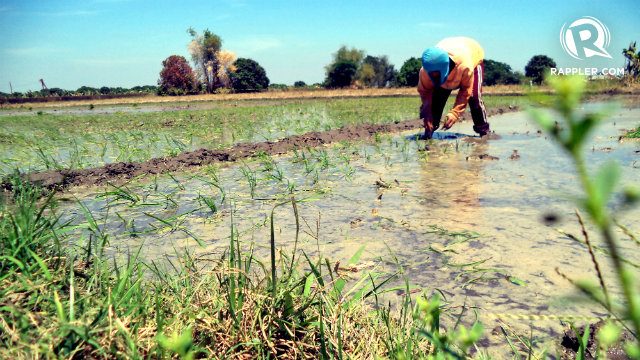 MANILA, Philippines – The Department of Agriculture (DA) reported on Monday, May 25, that the damage to crops caused by the continuing dry spell has reached P2.19 billion ($49.13 million).

The prevailing dry spell is expected to affect domestic palay production as plantings have been delayed. This has prompted the government to import an additional 250,000 metric tons (MT) of rice, which will arrive before July 1.

Importation of another 250,000 MT is on standby. It will be used in the event that domestic production suffers significant losses due to dry spell.

The National Food Authority will accept and open tenders for the supply contract of 250,000 metric tons on June 5.

The DA also revised this year’s palay production target to 19.02 million MT from the original target of 20 million MT.

As mitigating measures, Agriculture Secretary Proceso Alcala said the department is coordinating with the National Irrigation Administration to fast track the establishment of small-scale irrigation projects and construction of rainwater harvesting facilities.

Alcala said the department is conducting this year a comprehensive soil mapping on 11.2 million hectares of land to determine the nutrient content of agricultural lands. This will be carried out by the Bureau of Soils and Water Management and is meant to increase the productivity of agricultural lands.