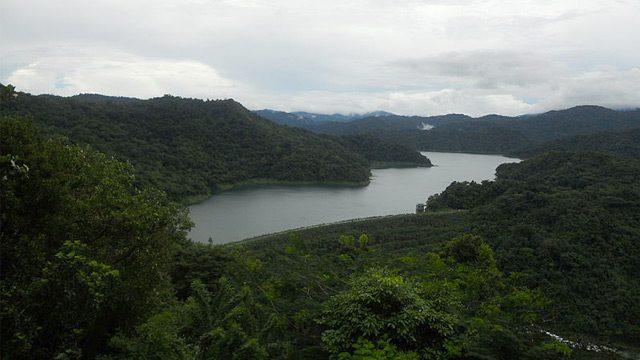 Facebook Twitter Copy URL
Copied
A consultancy firm commissioned to assess the 47-year-old dam’s safety is uncertain that it could survive such disaster, thus more investigations are needed to determine the risks involved

Pöyry Energy Limited said Thursday, June 11, that based on its study, it “can’t completely exclude that the dam will remain sound and safe with such magnitude earthquake.”

“We have to take more investigation to ensure that the dam will be able to resist earthquake of that magnitude,” said Pöyry Senior Engineer Stefan Ehlers during the presentation on the Angat dam rehabilitation study on Thursday.

An atlas of the two major fault lines in the Greater Metro Manila area and the vulnerable areas was also recently released, while a metro-wide earthquake drill is set on July 30.

The Angat Hydropower Corporation (AHC) commissioned Pöyry to conduct a study and retrofitting on Angat dam. A detailed study will be completed by next year, Ehlers said.

SMC President Ramon Ang earlier said the rehabilitation of Angat dam is part of K-Water’s agreement with the government.

“Rehabilitation of Angat dam is a go; that’s in the agreement,” Ang said earlier.

The hydroelectric plant is composed of 4 main units, each with a 50-megawatt (MW) capacity and 5 auxiliary turbines.

Angat dam is a hydro facility that generates electricity from water released by the Angat dam, which supplies the bulk of Metro Manila’s piped water supply. It is located in San Lorenzo, Norzagaray, Bulacan.

Ang said the rehabilitation works would address the problems on safety and structural integrity of Angat dam. “No one can stop a massive earthquake. We will try to minimize the risk,” he said.

AHC President Geungjeon Han said the contract to rehabilitate the dam will be awarded by end of June and said there are two local firms and one foreign company that have expressed interest to undertake the rehabilitation. – Rappler.com