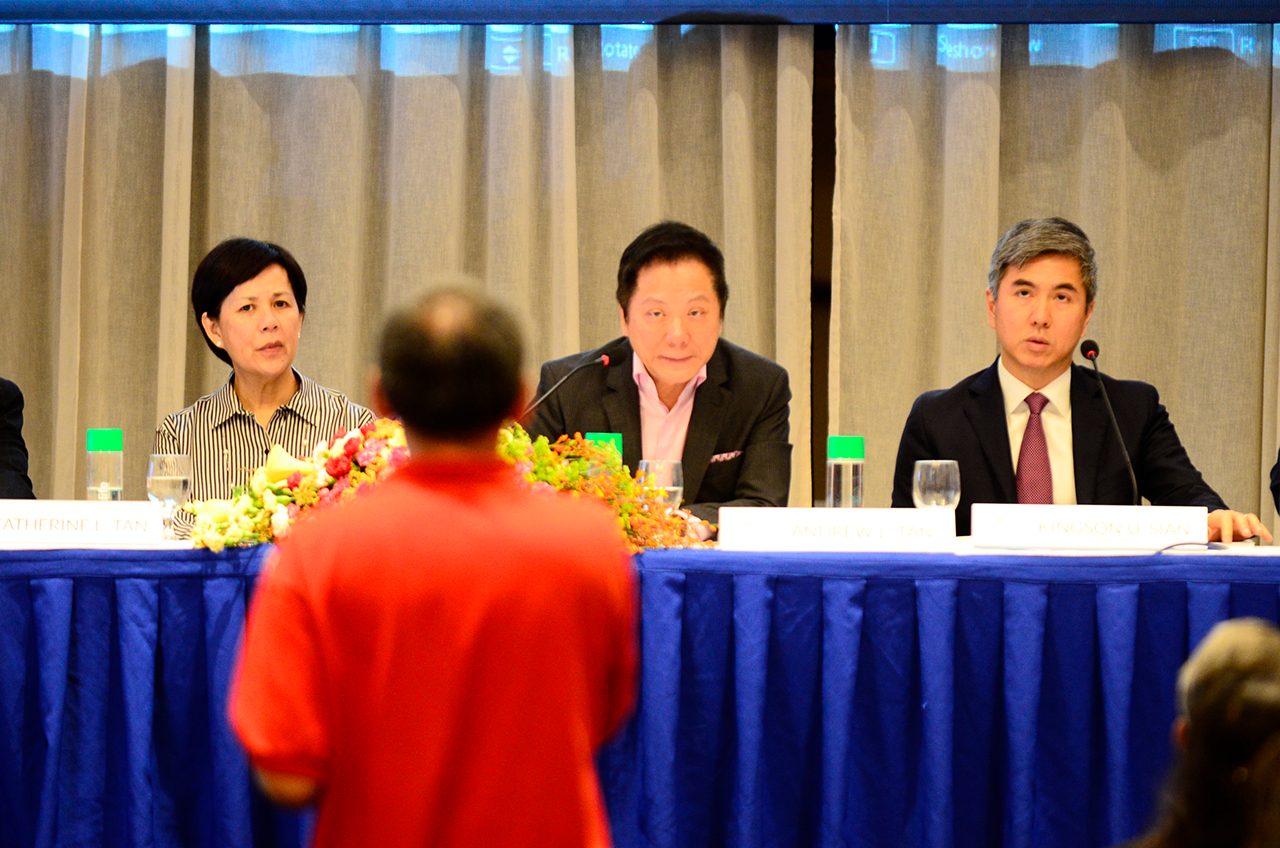 Asked how Megaworld will attain its target, Sian said his company will add 300,000 square meters of gross floor area in its overall rental portfolio.

The real estate venture of business tycoon Andrew Tan has managed to fast track some of its projects and pre-lease some of its properties, Sian said. This is why it raised its target rental income for 2015 to P9 billion ($199.60 million) and maintain the P10 billion ($221.78 million) projection for 2016. Megaworld chief financial officer Francis Canuto said that this year, they are expecting another double-digit growth to their rental income by another 27% to P9 billion ($199.60 million).

“However, looking back, we haven’t just achieved double-digit growth in our rental income in the last 5 years but have grown even more than two-fold, and this is a favorable indication of the company’s overall growth,” Canuto said.

The company is also set to complete two buildings under the portfolio of Megaworld’s office spaces – one in Uptown Bonifacio, and one in The Mactan Newtown. As its rental income continues to rise and residential sales improve, Megaworld Andrew Tan said his company is targeting core net income to grow by 10% this year.

This is in line with the company target of posting double-digit net income growth every year on the back of bigger township portfolio.

Sian said reservation sales are expected to rise between P90 billion ($1.99 billion) and P95 billion ($2.11 billion) this year, from P85 billion ($1.88 billion) last year. Early this year, the company said it plans to spend P65 billion ($1.44 billion) in capital expenditures for 2015 for the expansion of most of its new establishments.

Sian said residential sales remain strong with no indication of glut in the market.

The property firm also announced this year that it is launching 5 new integrated urban townships across the country, in order to complete the 20 township developments that it is aiming for in 2015.

“We started the township trend in the Philippines. So the direction is to continue to expand our township footprint to maintain this pioneering leadership. Every year, expect us to build more exciting and innovative integrated urban townships,” Canuto said.

So far, two townships have been launched: Northill Gateway and The Upper East, both in Negros Occidental. Megaworld also launched early this June its first upscale residential village outside of Metro Manila, Forbes Hill, to be part of the Northill Gateway township.

The other 3 townships are scheduled to be announced within the year.

At present, Megaworld has 4,000 hectares of land for various residential and commercial developments. – Rappler.com