Use tech to scale up CSR 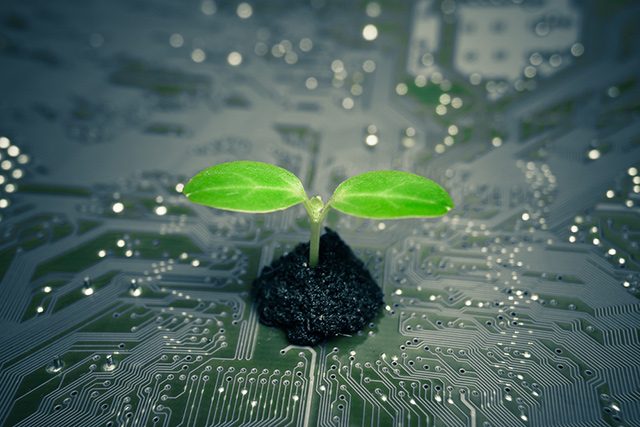 Facebook Twitter Copy URL
Copied
Groups in the Corporate Social Responsibility space should not think of technology as something that's isolated from what's happening in the world today, says technopreneur Manny Ayala

MANILA, Philippines – Technology has already shaken up many different industries not traditionally associated with technology. As more and more industries adapt to it, agents of social change in the country are quickly becoming aware of its use to solve big issues.

“One of the biggest trends that is affecting the world that we are in is this technological wave where everything is changing. Everything is mobile, social, data, and driven,” said Manny Ayala, managing director of Endeavor Philippines, at the 2015 League of Corporate Foundations’ Corporate Social Responsibility (CSR) expo and conference held July 1.

“People in the CSR space should not think of it as some isolated activity independent from what’s happening in the big world today,” he added.

Endeavor is the Philippine office of a global non-profit organization that aims to transform emerging economies by providing support to high-impact entrepreneurs.

High-impact entrepreneurs are those that are capable of scaling up a business to become really big in order to create jobs and wealth, Ayala explained.

Having done so, they reinvest their success in the next generation of entrepreneurs by supporting them, and often investing in their startups.

The whole process creates a cycle of repetition and value in the economy by building up an ecosystem where individual entrepreneur’s firms are all connected and all depend on each other.

In today’s day and age the quickest way to scale up massively is by leveraging technology, as firms like Google, Uber, and Airbnb have shown.

To illustrate the effect this cycle can have on a society, Ayala presented Silicon Valley as an example.

“A good 70% of the publicly-listed firms in Silicon Valley can trace their roots that back to Fairchild semiconductors, a firm started by 8 young Ph.D. students in1957,” Ayala said. These 92 firms represent more than $2.1 trillion (P94.8 trillion) in combined value, larger than the gross domestic product of India, and together they have created over 800,000, he added. Another example of the local CSR’s new revolutionary mindset is Electric Vehicle Expansion Enterprises Incorporated (EVEE-i), a social enterprise which seeks to leverage technology to combat one of the biggest social problems the country faces, climate change.

“There are about 350,000 jeepneys in the country today with over 70,000 of them in Manila alone. Jeepneys represent only 2% of all vehicles in Metro Manila but account for 70% of air pollution,” said EVEE-i President Leonido Pulido.

Pulido added that the real problem is that Filipinos have accepted the diesel jeepney as a fact of life despite its outdated nature and the pollution it causes.

“What we need to do when we see a jeepney is stop and think, ‘hey why are we still using this 70-year-old dinosaur?’” he said.

Due to its essential nature to the public transport system, jeepneys cannot be totally scrapped but the technology can be modernized, Pulido shared.

Because financial firms and government support have been slow in coming, the umbrella organization has come up with a campaign to crowdsource funding for their goal.

Entitled the “Adopt-a-Jeepney campaign,” it offers foundations and firms the chance to advertise on new e-jeepneys based on 3 different financial schemes.

“By adopting an e-jeepney, firms are doing CSR and you get free advertising as well,” Pulido said.

Sponsors would also be helping the environment as each e-jeepney saves 2 kilograms of carbon dioxide (CO2) emissions a day or 19 metric tons per year. If EVEE-i manages to scale up, that savings would translate to 10 million metric tons of Co2 emissions saved per years, Pulido said.

The umbrella organization operates 18 e-jeepneys in Filinvest City, Muntinlupa, and has reached other milestones such as creating the Makati Green Route. It is also tapping Ateneo de Manila University to adopt e-jeepneys. (READ: You may now board Quezon City e-jeepneys)

“We want to do for jeepneys what Starbucks has done for coffee, make it modern, efficient, and profitable,” Pulido said. – Rappler.com

Tree on circuit board image from Shutterstock