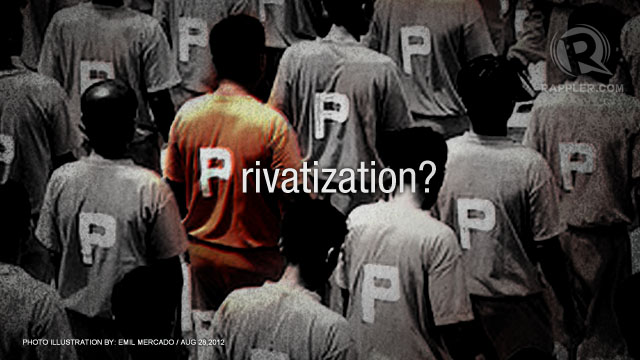 MANILA, Philippines – San Miguel Holdings Corporation and a group led by Megawide Construction Corporation have qualified to bid for the P50.18-billion ($1.11 billion) contract to build and maintain a new prison in Fort Magsaysay, Nueva Ecija.

The Department of Justice (DOJ) on Wednesday, July 15, announced the two qualifying bidders among the 3 groups that submitted pre-qualification documents for the Regional Prison Facilities through a public-private partenership (PPP).

The parent firm of construction giant DM Consunji Incorporated (DMCI), however, was disqualified.

The tentative schedule for the submission of bids by qualified bidders is on August 14, while the signing of the concession agreement is in September. (READ: Should PH privatize prisons?)

The tender for the P50.18-billion ($1.11 billion) deal involving the construction and development of a new prison facility, was launched in February.

Under this project, a new prison facility will be built to “provide adequate living space, facilities, and address the basic needs of inmates incarcerated in existing penal facilities such as the New Bilibid Prison and the Correctional Institution for Women.”

About 21,106 convicts at the New Bilibid Prison in Muntinlupa City and 2,016 inmates at the Correctional Institution for Women in Mandaluyong City will be transferred to the Nueva Ecija facility once construction is completed some time in 2019, according to the project brief.

The winning concessionaire will be responsible for the financing, detailed design and construction, and maintenance of the prison facility for 23 years, inclusive of a 3-year construction period.

The new facility will accommodate 26,880 inmates, and include staff housing, administrative buildings, and areas for rehabilitation (sports, work and religious activities).

The Aquino administration has already awarded 10 PPP projects since 2010 with a total indicative cost of P189 billion ($4.19 billion). – Rappler.com