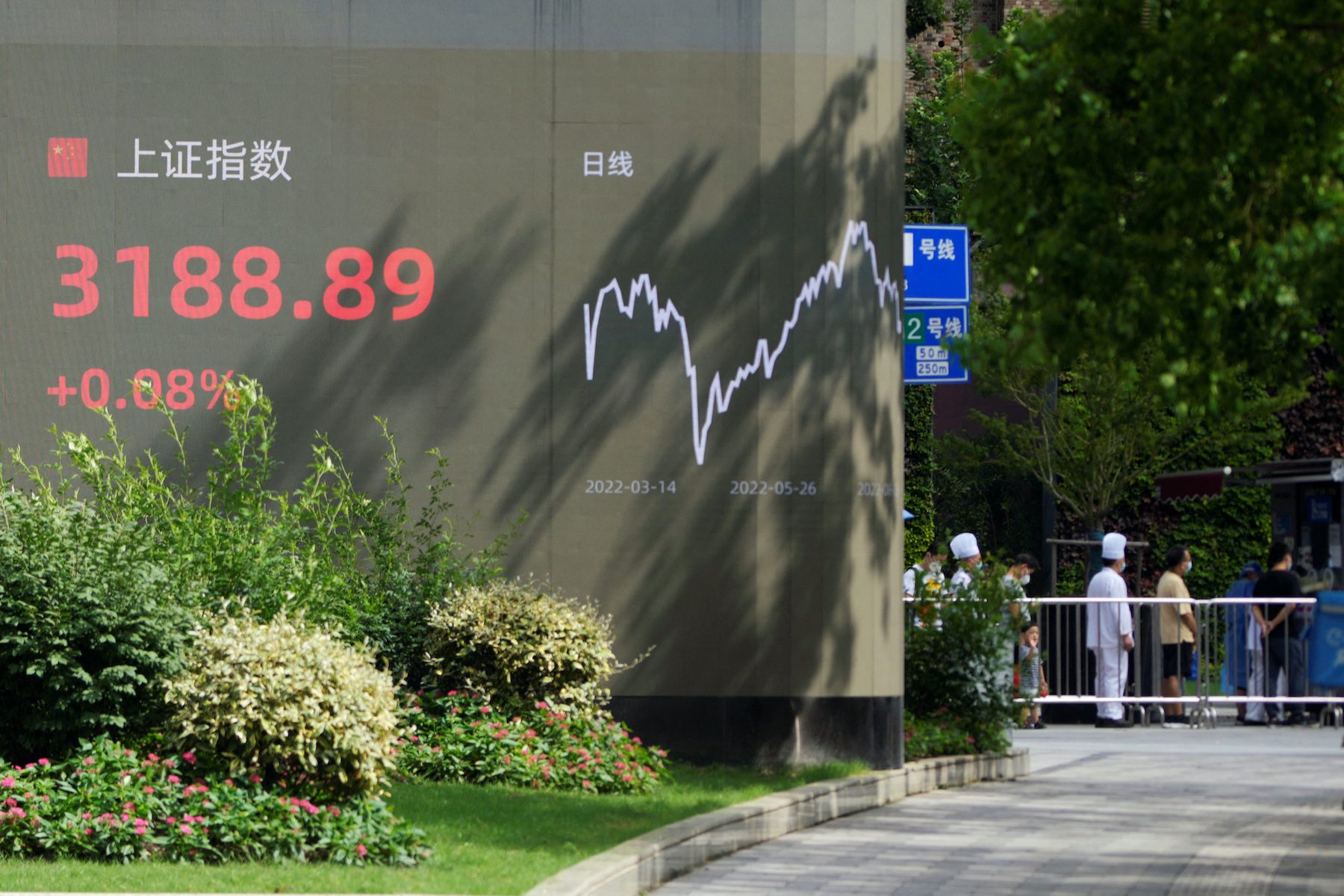 People line up to get tested for COVID-19, near a giant display showing the Shanghai stock index, in Shanghai, China, August 3, 2022.

SHANGHAI, China – Foreign investors continued to cut holdings in Chinese bonds in July and dumped equities for the first time in four months, according to a report by the Institute of International Finance (IIF).

Emerging markets posted a fifth straight month of portfolio outflows, setting the longest such streak in records going back to 2005, as global recession risk, inflation, and a strong dollar drew away cash, showed the report released on Wednesday, August 3.

If confirmed by official data, it would be the sixth consecutive month of foreign outflows from China’s $20-trillion bond market.

Data showed the world’s second largest economy slowed sharply in the second quarter, missing market expectations with an only 0.4% increase from a year earlier.

With impacts from the Ukraine war still not waned, Sino-US tensions over Taiwan mounted as US House of Representatives Speaker Nancy Pelosi visited the self-ruled island claimed by Beijing.

“For the coming months, several factors will influence flows dynamics, among these the timing of inflation peaking and the outlook for the Chinese economy will be in focus,” IIF said.

Overseas investors have been reducing holdings of Chinese bonds since February, as diverging monetary policies kept Chinese yields pinned below their US counterparts.

The People’s Bank of China has been easing policy to aid a COVID-19-hit economy, while the US Federal Reserve has been hiking rates to fight soaring inflation. – Rappler.com