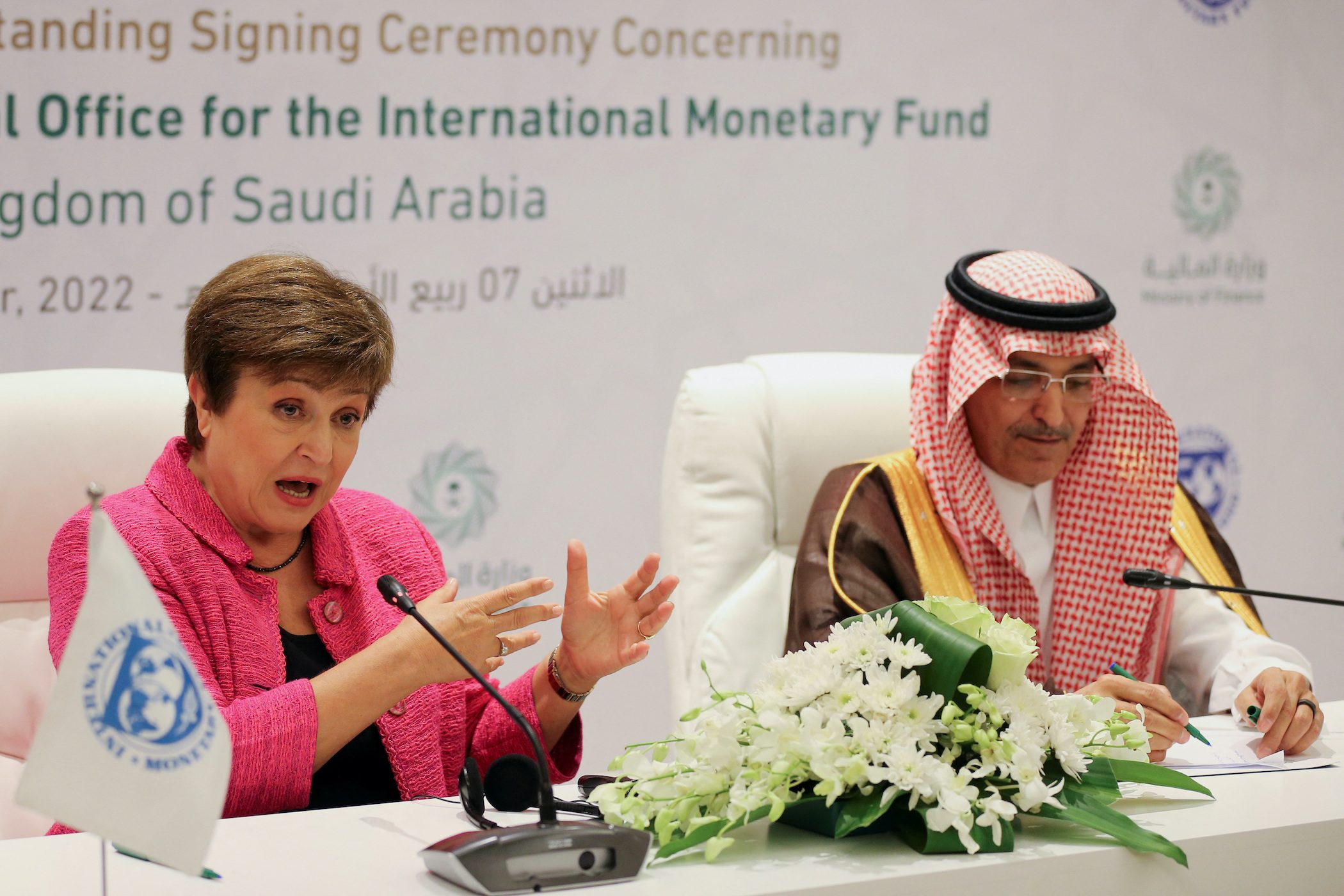 Facebook Twitter Copy URL
Copied
'Quite a lot' of countries likely to be asking for emergency aid are in sub-Saharan Africa, according to International Monetary Fund Managing Director Kristalina Georgieva

RIYADH, Saudi Arabia – The International Monetary Fund (IMF) said on Monday, October 3, that up to 20 countries, many in Africa, could need emergency assistance to cope with the global food crisis.

IMF Managing Director Kristalina Georgieva, speaking at a conference in Saudi Arabia, also said that 141 million people across the Arab world are exposed to food insecurity.

Georgieva said that 48 countries around the world are particularly exposed to the food crisis.

“Of the 48 countries, about 10 to 20 are likely to be asking [for emergency assistance],” Georgieva said, adding that “quite a lot of them” are in sub-Saharan Africa.

“We are here for you,” she promised members at the event.

The IMF will add its voice to fight food trade restrictions in order to ease the situation and plans to fund the food shock window using last year’s Special Drawing Rights allocations.

Countries across the Middle East region and beyond have stepped in to support states battling high food inflation and shortages made more acute by global geopolitical developments and the growing risk of a global recession.

The IMF and Saudi Arabia signed an agreement on Monday to set up an IMF regional representative office in Riyadh.

Ensuring social stability through adequate provision of basic foodstuff is a priority beyond the borders of those directly affected, said Alice Gower, director of geopolitics and security at London-based advisory Azure Strategy.

“Staples such as wheat, rice, and lentils are at risk of being inaccessible to food-poor communities across the region,” she told Reuters.

“A desire for regional stability – and therefore security – has seen increased investment from states such as Saudi Arabia and the UAE in countries under financial strain.” – Rappler.com