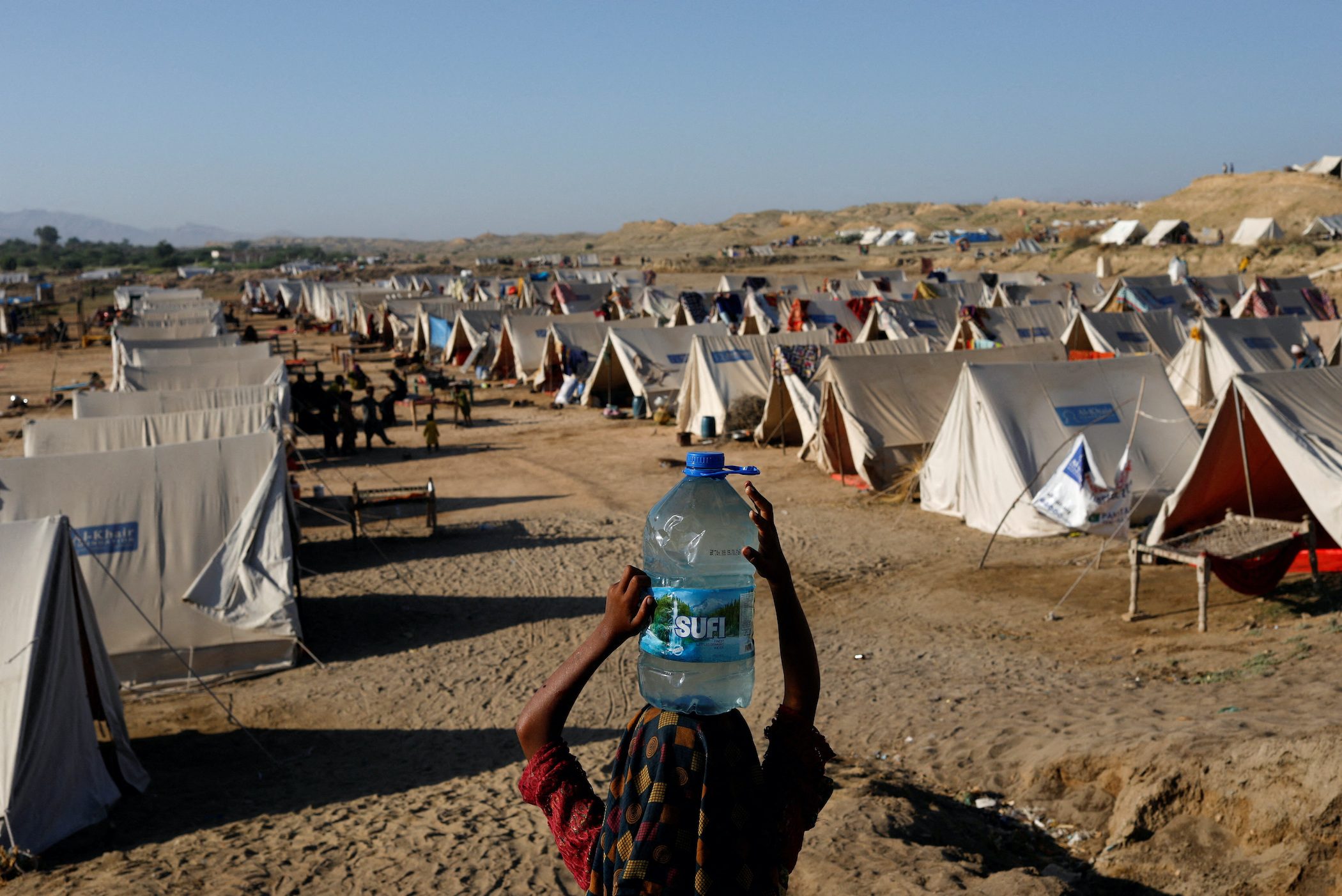 TEMPORARY SHELTER. A displaced girl carries a bottle of water as her family takes refuge at a camp in Sehwan, Pakistan, September 30, 2022.

The new rating from Moody’s raised concerns that Pakistan could default on its foreign debt as it contends with economic turmoil and a balance of payments crisis.

“We have decided not to go to Paris Club,” Dar said, adding that in consultation with Prime Minister Shehbaz Sharif it was decided that it wasn’t in the nation’s interest to ask for a restructuring.

“We will fulfill all sovereign [debt] commitment,” he said.

Dismissing market rumors that the government might extend maturities for its bonds, Dar told a news conference in Islamabad that Pakistan will fulfill all multilateral, international, and bond obligations.

“God willing, we will pay the bonds on time,” said Dar. “We are not extending the bond maturity.”

Moody’s last week downgraded Pakistan’s credit rating from B3 into so-called junk territory at Caa1, citing external risks and concerns about Pakistan’s ability to secure required financing to meet its needs in the next few years.

Dar has previously said that Pakistan will meet the requirement to raise nearly $35 billion in external financing for the 2022-2023 financial year.

Pakistan Prime Minister Shehbaz Sharif last month made an appeal to the Paris Club for a debt moratorium after the country’s already struggling economy was hit by devastating floods that his government estimates will cause economic losses up to $30 billion.