Former Ghosn deputy set for US return after suspended sentence 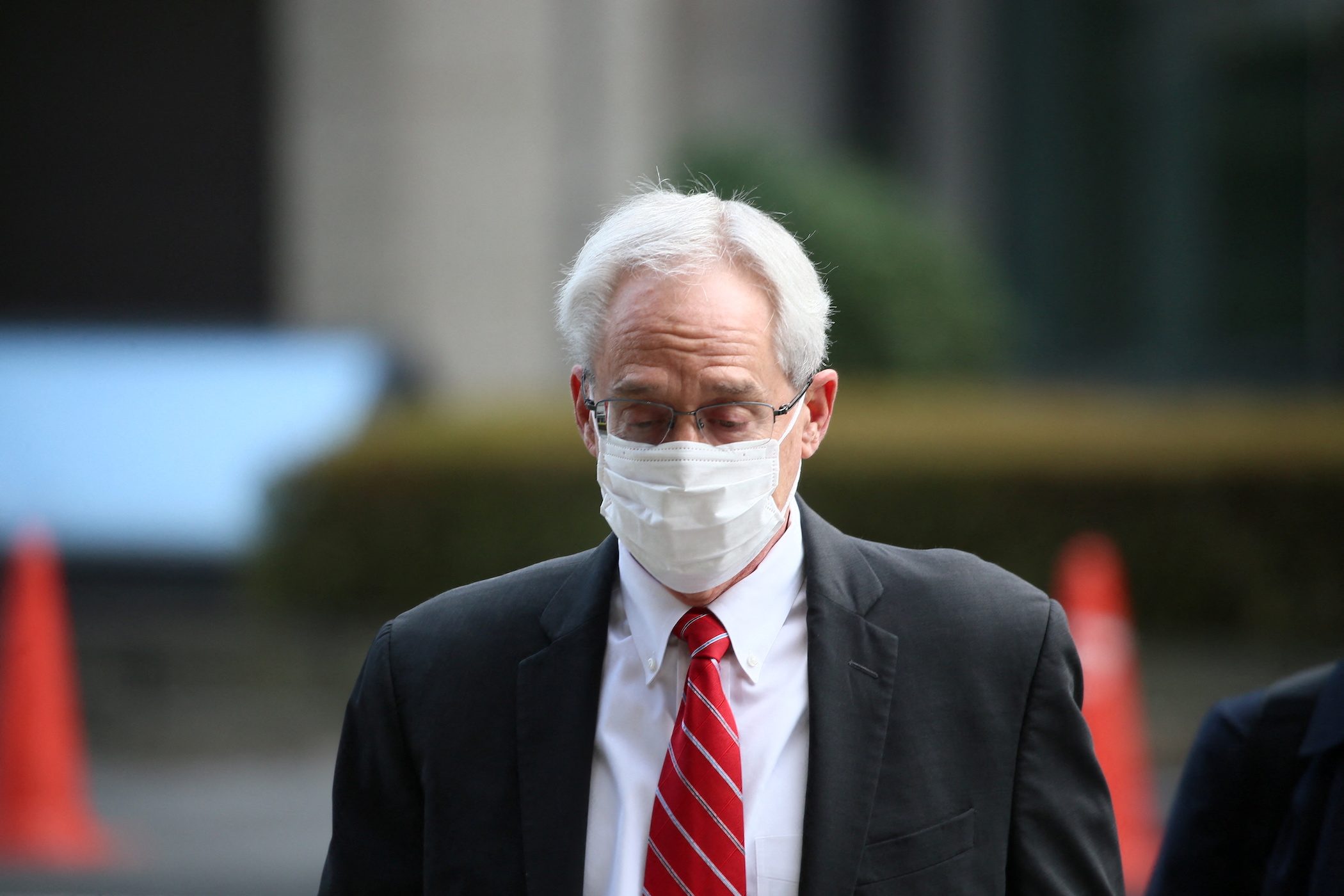 The verdict draws a line under a case that threatened to strain relations between Japan and the United States, its closest ally, over the Japanese justice system’s treatment of Kelly who was arrested alongside the former Nissan boss.

“The court finds the existence of unpaid remuneration” and the failure to disclose amounted to “false” reporting, the chief judge Kenji Shimotsu said, telling Kelly he was responsible for one of the eight years included in the charges.

“I was shocked by the judgment,” Kelly said in a statement after the ruling. “The court found me mostly innocent, but I do not understand why it said I was guilty for one of the years,” he added.

His lawyers said they will appeal the conviction, which Kelly should be able to do from the United States.

Both Kelly and Ghosn – who fled to Lebanon in 2019 hidden in a box on a private jet – allege they are victims of a boardroom coup by former colleagues worried that Ghosn wanted to merge Nissan with alliance partner and largest shareholder Renault.

In pointed criticism of the prosecutors, the ruling also pinned blame for Ghosn’s alleged failure to disclose $80 million of income over eight years on Toshiaki Ohnuma, a Nissan official overseeing compensation, who was given legal immunity in return for testimony implicating Kelly.

“Ohnuma’s statement is fraught with danger that he was making statements that conformed to the prosecutors’ wishes,” Shimotsu said. “There was a danger as an accomplice that he would seek to shift responsibility to Ghosn,” he added.

The court also fined Nissan, which pleaded guilty at the start of the trial 18 months ago, 200 million yen ($1.73 million) for its part in the financial wrongdoing and took aim at corporate governance failings.

“The dysfunctional governance of the company allowed Ghosn to act in his own self interest. The severe damage to the company’s social reputation can only be described as it suffering the consequences,” Shimotsu said, describing Ghosn’s tenure there as a “dictatorship.”

In Beirut, Ghosn described Nissan’s fine as “laughable” and said of Shimotsu’s comment: “It’s like a cartoon comment. I am trying to understand what makes him make this kind of comment when I am not there.”

He added that Renault was struggling because of Nissan’s lack of vision.

Suspects in Japan are not allowed to have a lawyer present during interrogations and can be detained for up to three weeks without charge and often in solitary confinement. And 99% of cases that go to trial end with a conviction.

“While this has been a long three years for the Kelly family, this chapter has come to an end. He and Dee (his wife) can begin their next chapter in Tennessee,” US Ambassador to Japan Rahm Emanuel said in a statement.

Kelly testified that his only intent was to give Ghosn, who was also the chief executive at Renault, a compensation package that would dissuade him from defecting to a rival automaker.

Bill Hagerty, a US senator from Kelly’s home state Tennessee, said he planned to welcome his constituent at the airport.

“Greg has been subjected to circumstances corporate America could never contemplate,” Hagerty said. “Greg is innocent of the charges levied against him,” he added.

The court ruling, however, does not mean an end to legal troubles faced by the former head of Nissan and alliance partner Renault, but it may be the closest the Tokyo court gets to ruling on Ghosn’s culpability.

Ghosn is beyond the reach of Japanese prosecutors while in Lebanon. He is unable to leave without risking arrest.

In addition to the charge of hiding his earnings, Ghosn is also accused of enriching himself at his employer’s expense through $5 million of payments to a Middle East car dealership, and for temporarily transferring personal investment losses to his former employer’s books.

Ghosn has denied all the accusations against him. – Rappler.com