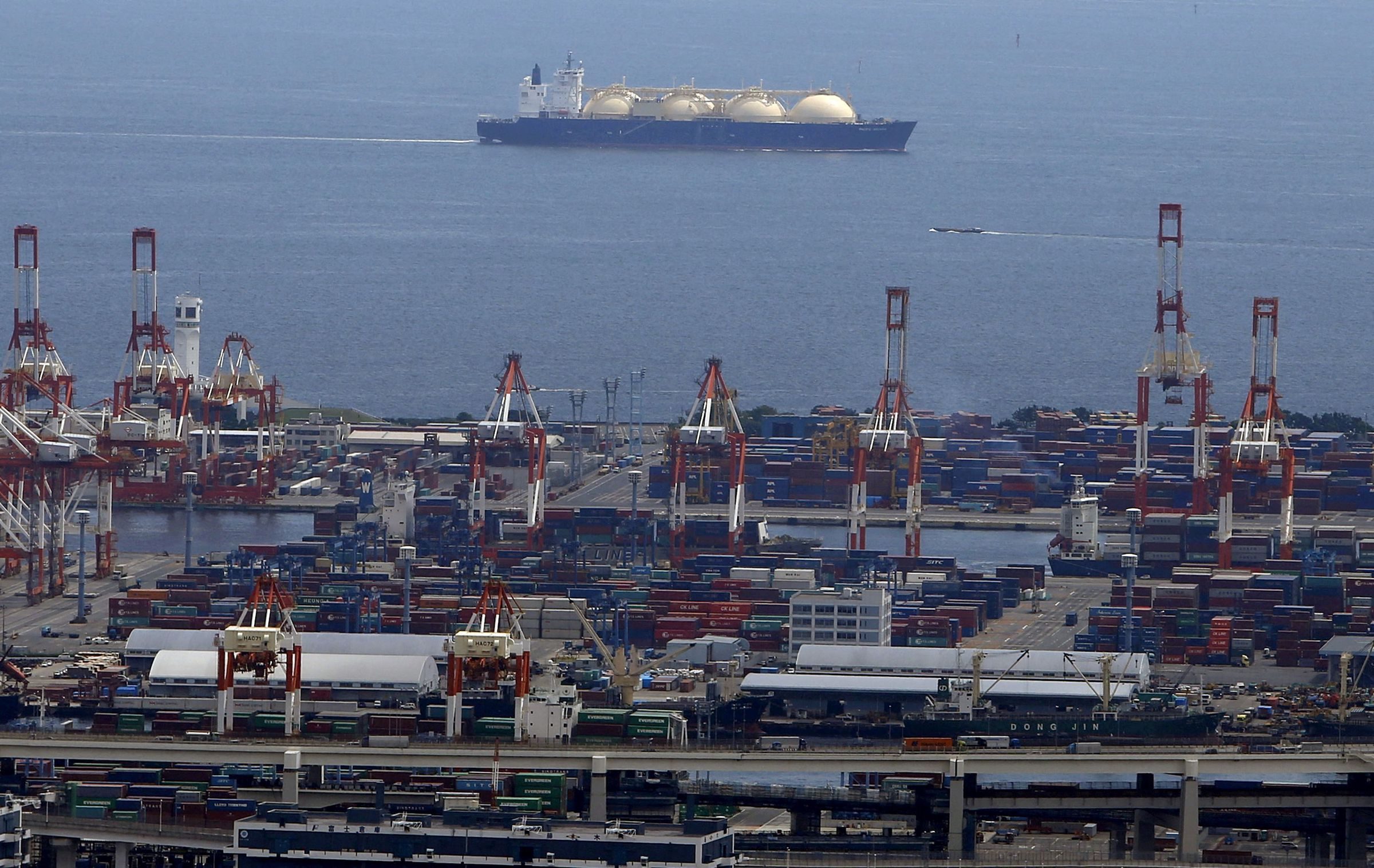 LNG. A liquefied natural gas tanker is seen behind a port in Yokohama, south of Tokyo, Japan, September 4, 2015.

Utilities are scrambling for already stretched energy sources as resource-poor Japan joins the West in punishing Russia, a major oil and gas producer – a search made harder on Friday, April 8, when Prime Minister Fumio Kishida announced a ban on Russian coal and other sanctions.

Kishida, who faces national elections in July, is seeking to balance energy security for the world’s third biggest economy against growing pressure on the Group of Seven industrial powers for harsher sanctions against Russia as allegations of atrocities in Ukraine spread.

The International Criminal Court is investigating what Ukraine and several G7 leaders have called war crimes by Russia in Ukraine. Moscow rejects the allegations and denies targeting civilians in what it calls a “special military operation” to demilitarize and “denazify” its neighbor.

Japan’s industry ministry has directed power companies to ensure they have three weeks of reserves and has urged gas and electricity companies to sell each other spare gas rather than offer it overseas, the source told Reuters.

Ministry officials are also discussing LNG measures with industry representatives, said the source, who asked not to be identified because they are not allowed to talk to the media.

The Ministry of Economy, Trade, and Industry officials said no one was available who could comment. The Prime Minister’s Office declined to comment, referring questions to relevant ministries.

The measures would be modest, matching steps utilities took during a power crunch last year, and Russian LNG accounts for just 3% of Japan’s overall electricity production.

But Japan has little room for error. Generating capacity has been stretched by the closure of nuclear power plants in the wake of the 2011 Fukushima disaster. An earthquake last month that temporarily knocked out some power plants prompted warnings of blackouts.

Japan aims to reduce its dependence on Russian energy but will continue to import from Sakhalin oil and gas projects in Russia’s Far East, in which the Japanese government and companies hold stakes, Kishida said recently.

Whether Japan can keep the Sakhalin gas flowing, however, has become less certain after Russia threatened to cut off gas to “unfriendly” European countries unless they pay in roubles.

Unlike European countries that can store months of LNG reserves underground, Japan has only enough storage space to keep three weeks’ worth of the super-chilled fuel.

As uncertainty grows over Russian energy imports, Japanese utilities have started looking for ways to replace Russian gas, which makes up 9% of the LNG consumed in Japan. It is used to generate electricity and is also piped to homes and businesses.

“In the event that getting that (Sakhalin LNG) becomes impossible, we will look for other sources or get some from other companies,” Kensuke Matsufuji, the president of Hiroshima Gas Company, said last week.

The company, which supplies Kishida’s hometown and gets half its LNG from Russia, is in talks to buy gas elsewhere, including from Malaysia, a company spokesperson told Reuters.

Tokyo Gas Company, which gets one-tenth of its LNG from Russia, is also trying to buy more gas directly from producers in order to avoid spot markets, where it is around five times as expensive.

The company has approached LNG producers in the United States but has yet to win any commitment for increased shipments, president Takashi Uchida told the Nikkei newspaper.

A Tokyo Gas spokesperson said the company could increase its supplies from the United States under existing contracts but declined to say whether it had asked to do so. – Rappler.com