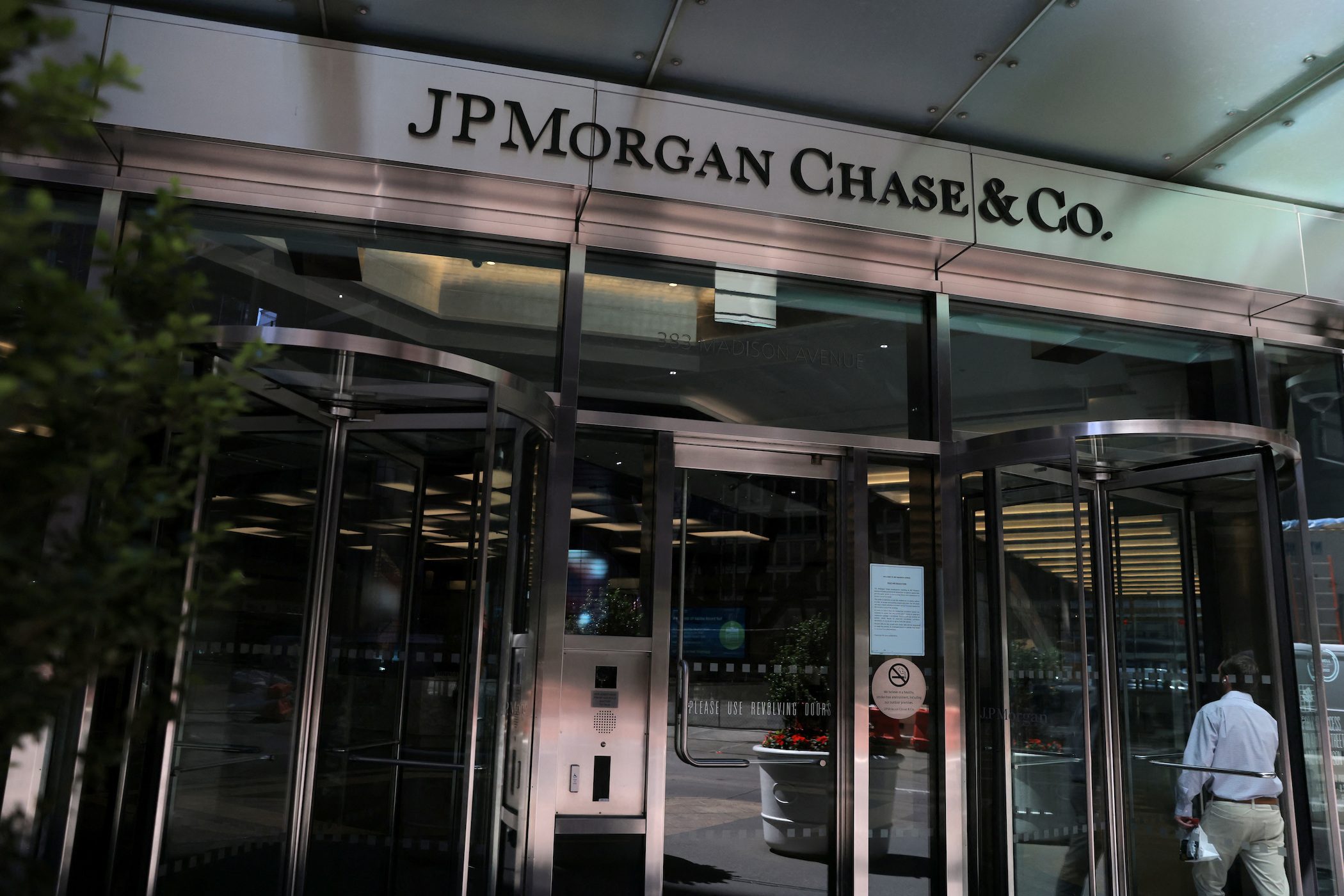 Facebook Twitter Copy URL
Copied
Investment bankers fare the worst at JPMorgan, with revenue from the business sliding 61% to $1.4 billion in the second quarter of 2022

JPMorgan Chase & Co.‘s Jamie Dimon struck a cautious note on the global economy as America’s largest bank reported a worse-than-expected 28% fall in quarterly profit and suspended share buybacks in the face of growing risks of a recession.

The chief executive also stressed the need to build capital reserves due to increasing requirements from regulators, while flagging a number of concerns including the war in Ukraine, high inflation, and the “never-before-seen” quantitative tightening as threats to global economic growth.

Closer to home, however, the economy continues to grow and the job market and consumer spending remain healthy, Dimon said, even as the bank braced for potential loan losses by setting aside more money.

Dimon told reporters that he still believes a storm of uncertain magnitude is coming for the economy. The risks, he said, “are nearer than they were before.”

“The potential outcome ranges from a soft landing to something much harder,” Dimon said.

Overall, the results presented a grim picture for the three months since the US Federal Reserve started raising interest rates to tame runaway inflation, sending financial markets into a tailspin on fears of slowing growth.

“As far as the things that you don’t want to see, you’ve got pretty much every one of them,” Thomas Hayes, managing member at Great Hill Capital Llc in New York, said.

“Missing the top and bottom line, cutting the buybacks, and increasing credit reserves are all things consistent with battening down the hatches for a recession,” he added.

JPMorgan’s shares slid nearly 5% as the bank recorded $1.1 billion in provision for credit losses, including a $428-million boost in loss provisions. Last year, the bank had released $3 billion from its reserves.

The shares were down 4.2% in mid-afternoon.

It posted a profit of $8.6 billion, or $2.76 per share, missing the average analyst estimate of $2.88 per share, according to Refinitiv.

Other large US banks including Citigroup and Wells Fargo will report results this week, while Goldman Sachs and Bank of America will round out big bank earnings season next week.

Investment bankers fared the worst at JPMorgan, with revenue from the business sliding 61% to $1.4 billion. Rival Morgan Stanley also reported a slump in its dealmaking unit.

Lower fees from fewer debt and equity issuances and a $257-million markdown on its book of bridge loans also hurt the investment banking business.

Banks make bridge loans to companies expecting the debt to be refinanced or sold in broader capital markets.

“Our bridge book, it’s smaller than it was because we priced ourself out of the market…a lot of people can lose a lot of money there, and we lost a little,” Dimon told analysts on a call.

Wall Street’s combined book of bridge loans amounts to about $100 billion, only 20% of the size when the financial crisis struck in 2008, chief financial officer Jeremy Barnum told analysts.

Barnum said JPMorgan had made “conscious choices” to give up market share in leveraged finance to reduce risk.

Analysts have been watching for losses on bridge loans, especially since the CFO of Bank of America said last month that his bank would likely record leveraged finance write-downs of as much as $150 million for the quarter.

However, Russia’s invasion of Ukraine in February and fears around an economic recession dealt a blow to merger and acquisition (M&A) activity in 2022.

M&A activity in the United States also plunged 40% to $456 billion in the second quarter.

Barnum said that while the bank’s existing underwriting pipeline remains healthy, it may be difficult for older deals to close.

Trading, however, was a bright spot, with total markets revenue up 15%, with fixed income and equity trading both recording jumps.

The bank’s net interest income rose 19% to $15.2 billion. For the year, it expects NII, excluding markets, to be more than $58 billion, up from its earlier forecast of $56 billion.

Rate hikes benefit big lenders by increasing what they earn from loans, but rapid increases could slow the economy, leaving consumers to absorb higher borrowing costs, in turn slowing loan growth for banks.

The Fed is expected to ramp up its battle with 40-year high inflation with a dramatic 100-basis-point rate hike this month after a grim inflation report on Wednesday, July 13. – Rappler.com