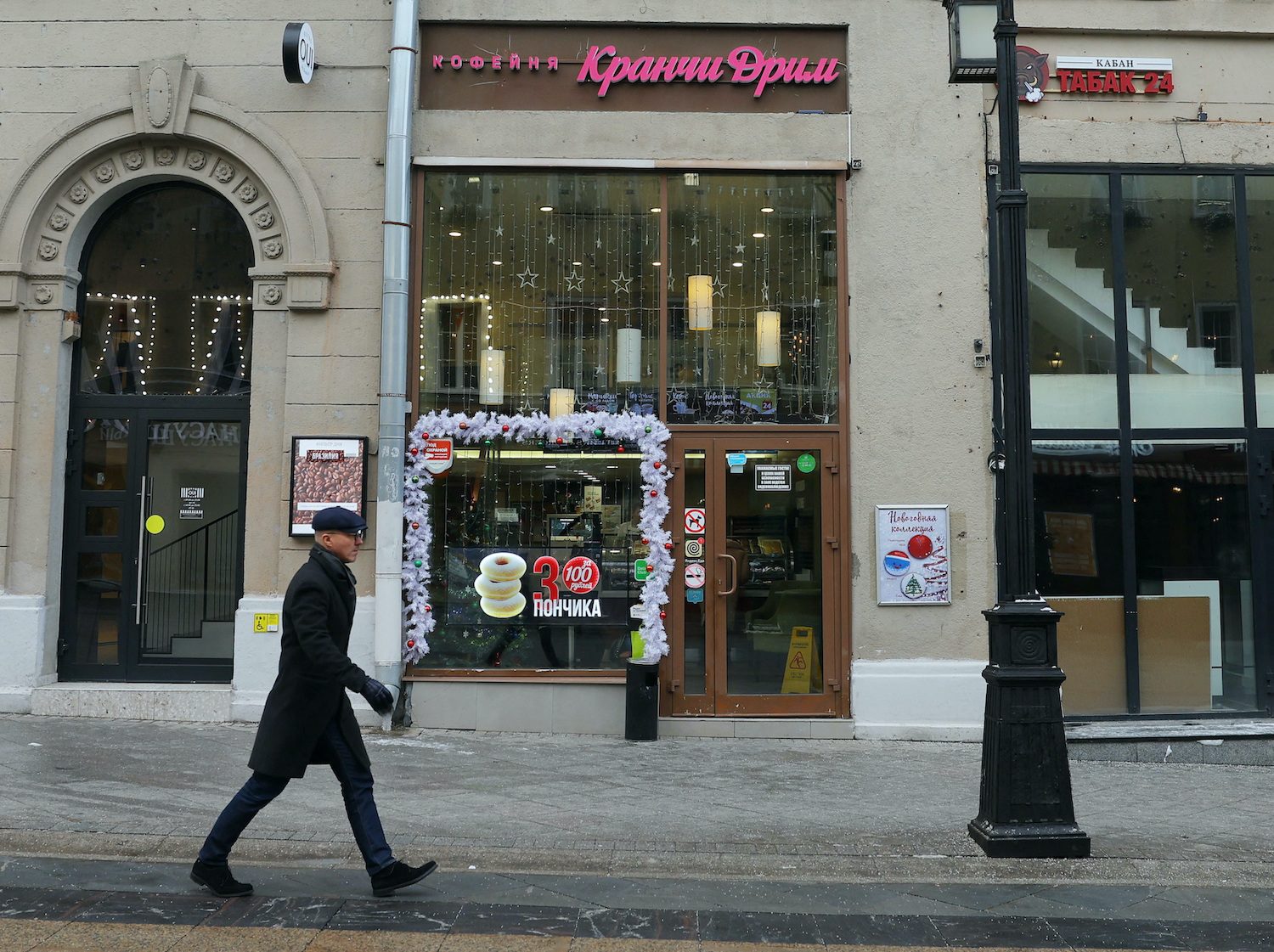 KRUNCHY DREAM. A man walks past the Krunchy Dream cafe, which opened on the site of one of Krispy Kreme's cafes after the US chain left the Russian market, in Moscow, Russia, November 21, 2022.

Soon after Russia launched what it calls a “special military operation” in Ukraine, Krispy Kreme suspended all shipments of doughnut making supplies and ingredients to Russia and ended the agreement with its lone Russian franchisee.

The US chain was one of scores of Western firms to leave the country and other apparent imitations have since sprung up in Russian cities, with Stars Coffee running coffee shops formerly owned by Starbucks Corporation and World of Cubes filling the void left by Danish toymaker Lego.

Novikov Group and Krispy Kreme did not immediately respond to requests for comment.

In a financial results statement in August, Krispy Kreme said it had closed 30 franchise shops in Russia. – Rappler.com