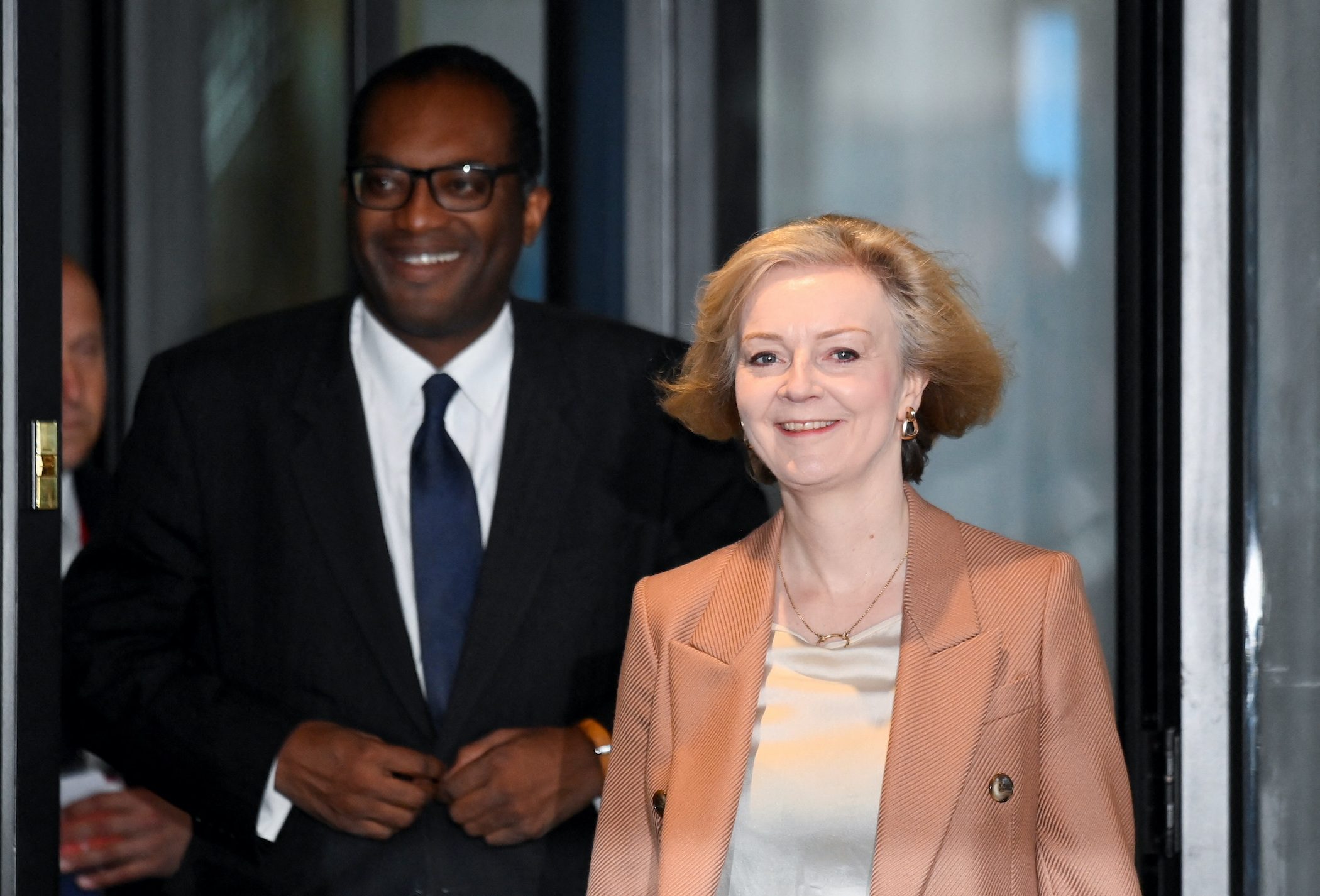 BIRMINGHAM, United Kingdom – British Prime Minister Liz Truss triggered a new row in her party on Tuesday, October 4, by suggesting she could limit increases in benefit payments to less than soaring inflation as she seeks ways to fund her tax-cutting growth plan.

Britain’s new leader has endured a tumultuous time since she came to power on September 6, first leading national mourning for Queen Elizabeth before releasing an economic package that sent international investors bolting for the exits.

Lawmakers from the governing Conservatives – even some Cabinet ministers – bickered over the direction of the party as it held its annual conference, with opinion polls pointing to electoral collapse rather than a honeymoon period for Truss.

Seeking to snap Britain out of more than 10 years of economic stagnation, Truss and her finance minister Kwasi Kwarteng set out 45 billion pounds of unfunded tax cuts on September 23 alongside promises to deregulate the economy to stoke growth.

On Monday, October 3, they bowed to pressure to scrap the most divisive policy – eliminating the top rate of income tax for the highest earners – and are now working urgently to set out how they can afford other tax cuts without leaving a black hole in the country’s public finances.

“We have to look at these issues in the round. We have to be fiscally responsible,” Truss told BBC Radio when asked whether benefit payments would rise in line with record-high inflation to prevent the poorest in society from becoming poorer.

Immediately lawmakers in Truss’ Conservative Party – some who helped force the top tax rate reversal – opposed any move to reduce the increases in benefits at a time when millions are struggling with higher costs of food and energy.

Penny Mordaunt, who is in Truss’ Cabinet of senior ministers, said benefits should rise in line with inflation. Damian Green, part of the party’s centrist faction, said he doubted any real-terms cut would pass a parliamentary vote.

Victoria Prentis, a minister in the Department for Work and Pensions, told Reuters the government had to go through the numbers before it could take a final decision on benefits.

Interior minister Suella Braverman accused sections of the party of staging “a coup effectively” over the top tax rate cut. “I am very disappointed to say the least about how some of my colleagues have behaved,” she said at the party’s annual conference.

Braverman added that she supported the cut to the top rate of tax that has now been scrapped. Another Cabinet minister, Simon Clarke, said Braverman talked sense, suggesting that unity among her top Cabinet team of ministers was breaking down.

Gallows humor broke out among some Conservative lawmakers.

“There’s a difference to being a joke party and a dead party. If we remove [Truss] this quickly, we’re a joke, but are we a dead party already?” one said.

Investors are still waiting for more details about the government’s tax and spending plans.

Kwarteng reiterated on Tuesday that the next fiscal statement would be on November 23, but a government source said the government was considering bringing that date forward.

Chosen by her party’s members, not the broader electorate, she was not the most popular candidate among the more than 350 Conservative members of parliament and her decision to stake out a tax cut plan and then concede defeat has left lawmakers and investors questioning her judgment and authority.

At the annual conference in Birmingham, central England, some lawmakers and commentators have questioned whether she has a mandate to take Britain back to a 1980s-style Reagonomics policy without a national election.

The Conservatives won the 2019 election with Johnson promising to increase spending on public services.

“It is not a great thing to sell the public on one type of package and vision, and then completely flip it and appear not to care,” Rachel Wolf, the co-author of the Conservatives 2019 manifesto, said on Sunday, October 2.

Investors have also taken fright at the new economic policy direction, hammering the value of British assets so hard that the Bank of England had to intervene last week with a package worth up to 65 billion pounds to shore up the bond market.