MANILA, Philippines – The Land Transportation Franchising and Regulatory Board (LTFRB) apprehended a JoyRide driver for overcharging after the ride-hailing firm received a complaint over its priority fee feature.

During a Laging Handa briefing on Saturday, June 4, LTFRB Executive Director Kristina Cassion said the LTFRB deployed mystery riders on June 3 in aid of their investigation into the complaint of the unauthorized priority fee. These mystery riders tried booking on the platforms of Grab, epickmeup, and JoyRide.

(At the destination, our enforcers apprehended this driver for overcharging. He also didn’t have his papers with him so he was also issued a ticket for failure to carry his provisional authority.)

The LTFRB had earlier sent a letter to JoyRide asking the company to explain why its accreditation as a transportation network company should not be revoked. Cassion said that JoyRide denied the excessive charges.

However, JoyRide’s denial was refuted by the experience of the mystery rider. 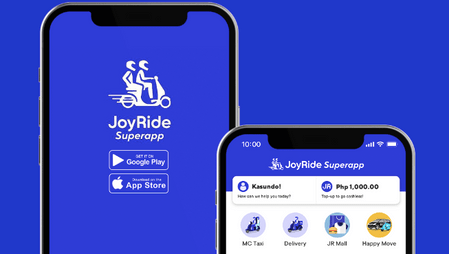 The agency also sent letters to other transportation network companies warning against excessive fees. Cassion said during the briefing that they did not find any priority boarding fee being charged by Grab and epickmeup.

Cassion said their report on this encounter will be submitted to the board for the appropriate penalty. “We will be submitting by next week our report to the board para maglabas na ’yung ating board ng kanilang desisyon or whatever order that they deem best sa sitwasyon na ito at para matuldukan na din po ito,” she said.

(We will be submitting by next week our report to the board so they can issue their decision or whatever order they deem best for this situation so that this practice will end.)

She added that when they continued deploying mystery riders on June 4, they found that JoyRide stopped charging the priority fee.

Penalty to be decided

Cassion clarified that a priority boarding fee is prohibited because it is not in the fare structure. JoyRide earlier said this fee was “optional.”

(Whether or not it’s optional does not matter because we have a standard rate. These types of “optional” marketing gimmicks are not allowed because these would add burden to the riding public and would discriminate against the commuters. Because if you say it’s optional, it means that only those who can afford it would be provided the service.)

The board will assess the penalty, Cassion said. She cited past cases involving excessive charges by Grab and Uber. “Those are the options, either suspension or penalty through fine,” she said.

Cassion told commuters they can report excessive charges by taking a screenshot and sending it to the LTFRB Facebook page. The fare rates for transportation network vehicle services (TNVS), as stated in Memorandum Circular No. 2019-036, include a flagdown rate of up to P40 for car sedans, with a fare of P15 per kilometer and travel rate of P2 per minute. Surge rate is capped at twice the distance and per minute of travel. – Rappler.com