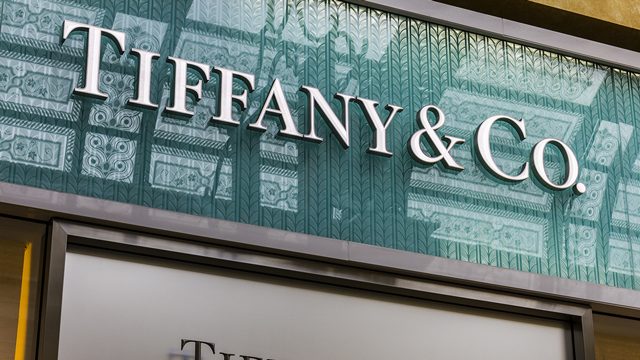 Facebook Twitter Copy URL
Copied
(UPDATED) LVMH decides not to tie the knot following 'a succession of events which undermine the acquisition of Tiffany & Co.' But Tiffany is planning to take legal action.

Luxury giant LVMH called off its planned $16.2-billion acquisition of United States jeweler Tiffany on Wednesday, September 9, and the once sparkling tie-up threatened to become a bitter legal battle.

The tussle illustrates the extent to which trade squabbles and the coronavirus pandemic have affected the luxury goods sector.

LVMH said its board had decided not to tie the knot following “a succession of events which undermine the acquisition of Tiffany & Co,” notably US threats to slap tariffs on French products.

Spurned Tiffany, now worth much less than when the deal was agreed to, replied that it would take legal action to push the deal through.

The French luxury goods giant said it had learned of a letter from French Foreign Minister Jean-Yves Le Drian directing it to defer the deal in reaction to Washington’s threat to levy taxes on French products.

It also noted that Tiffany had requested an extension to the closing date of the merger.

Therefore, “as it stands, LVMH will not be able to complete the acquisition of Tiffany & Co.”

Tiffany shot back, saying it would sue LVMH for breaching “obligations relating to obtaining antitrust clearance” for the deal.

Board chairman Roger Farah charged that LVMH was using “any available means in an attempt to avoid closing the transaction on the agreed terms.

“We regret having to take this action, but LVMH has left us no choice but to commence litigation to protect our company and our shareholders,” Farah added.

The takeover would have been LVMH’s largest-ever acquisition, enabling it to bolster its presence in the United States, currently its second largest market.

LVMH – which is led by billionaire Bernard Arnault and owns brands such as Louis Vuitton, Dior, and Moet & Chandon – had pursued Tiffany, one of the world’s most famous jewelry houses, known for its wedding rings and diamonds.

“Among all luxury segments, jewelry was one of the fastest growing globally (at 7% annually in 2018), hence generating much interest,” noted Fflur Roberts at Euromonitor International.

The coronavirus crashed the party however, and Tiffany suffered as lockdowns meant tens of millions of dollars in losses from closed stores.

Arnault had described Tiffany as “an emblematic brand, an American icon that will become a little bit French.”

Founded in 1837 and headquartered on Fifth Avenue in New York, Tiffany has long symbolized US sophistication, most memorably in the 1961 film Breakfast at Tiffany’s starring Audrey Hepburn, based on the Truman Capote novella.

Under the proposed deal, LVMH was to have acquired Tiffany for $135 a share in cash.

On Tuesday, September 8, those shares traded for around $122 in New York ahead of LVMH’s announcement.

In the meantime, the jeweler had recorded a net loss of $65 million during the 3 months from February to April.

Tiffany said on Wednesday that it hoped a court based in the state of Delaware would hand down a ruling before November 24, and order LVMH “to comply with its obligations and complete the transaction on the agreed terms.”

“The company has already returned to profitability after just one quarter of losses,” he noted.

But a Paris trader who asked to remain anonymous suggested LVMH likely “felt it was in a position to negotiate a lower price.”

LVMH shares were slightly lower at 404.05 euros when trading ended in Paris, while Tiffany’s shares had plunged by 8.6% to $111.50 in midday New York exchanges. – Rappler.com