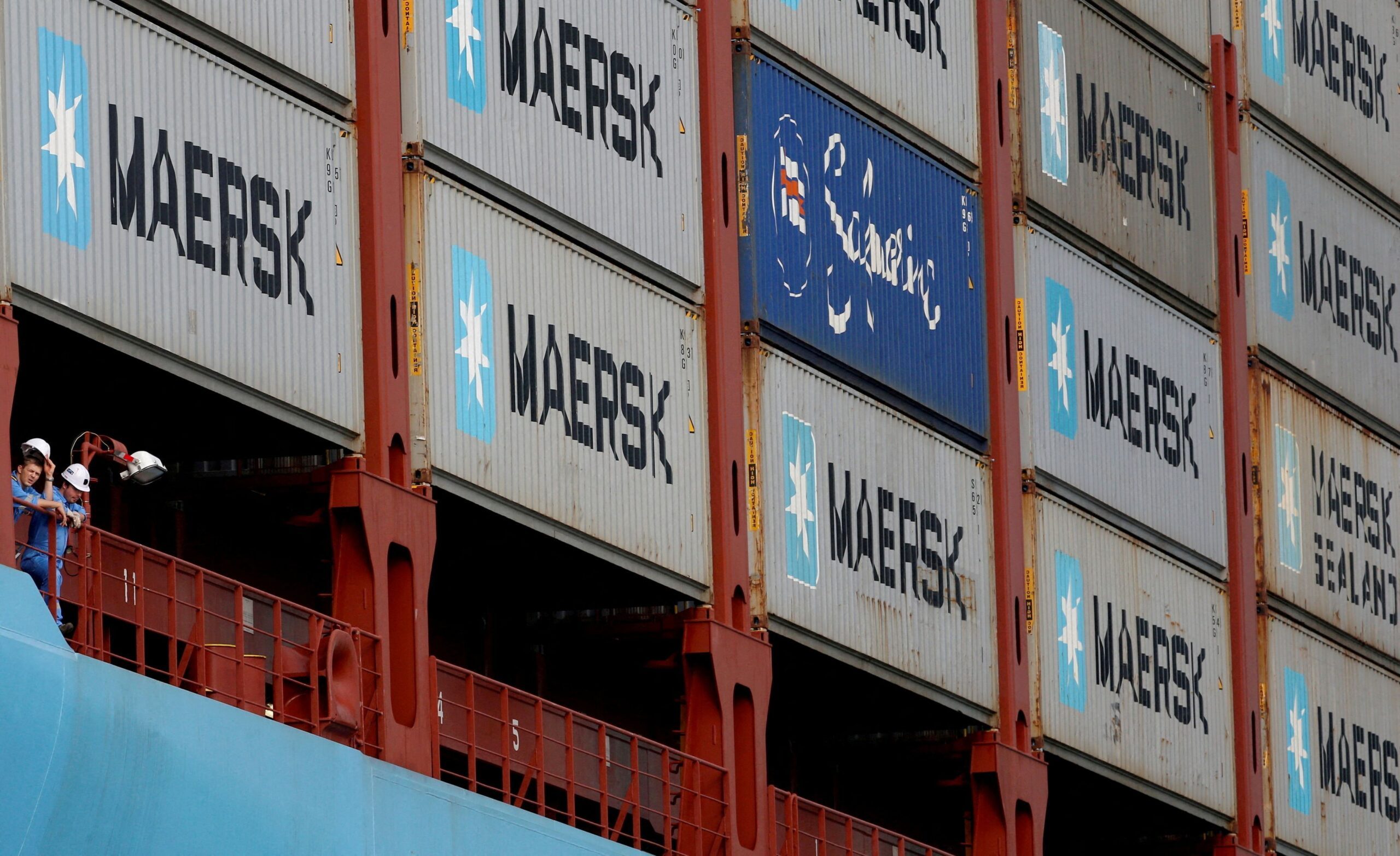 MAERSK. Crew members look out from the MV Maersk Mc-Kinney Moller as it berths at a PSA International port terminal in Singapore, September 27, 2013.

Facebook Twitter Copy URL
Copied
Customs authorities in the European Union and United Kingdom are inspecting all containers to and from Russia to identify sanctioned and restricted shipments, according to Maersk

COPENHAGEN, Denmark – Shipments of foodstuffs and medical supplies to Russia risk being damaged or spoiled due to significant delays at ports and customs, shipping group Maersk told its customers on Wednesday, March 2.

Maersk and two other large container lines have temporarily suspended cargo shipments to and from Russia in response to Western sanctions on Moscow following its invasion of Ukraine.

The suspension did not include foodstuffs, medical, and humanitarian supplies.

“We do, however, warn caution on still placing bookings for perishable cargo due to significant delays in key transshipment hubs that may damage the cargo,” Maersk said in a customer advisory on its website.

It said customs authorities in the European Union and United Kingdom are inspecting all containers to and from Russia transiting their terminals and ports to identify sanctioned and restricted shipments.

As a consequence, Maersk said it could not provide any guarantees and saw a “significant risk to our customers’ perishable cargo.”

For the past year the world has been struggling with supply chain bottlenecks caused by surging demand for retail goods transported on container ships amid lockdowns related to the coronavirus pandemic.

“This is a global impact, and not only limited to trade with Russia.” – Rappler.com