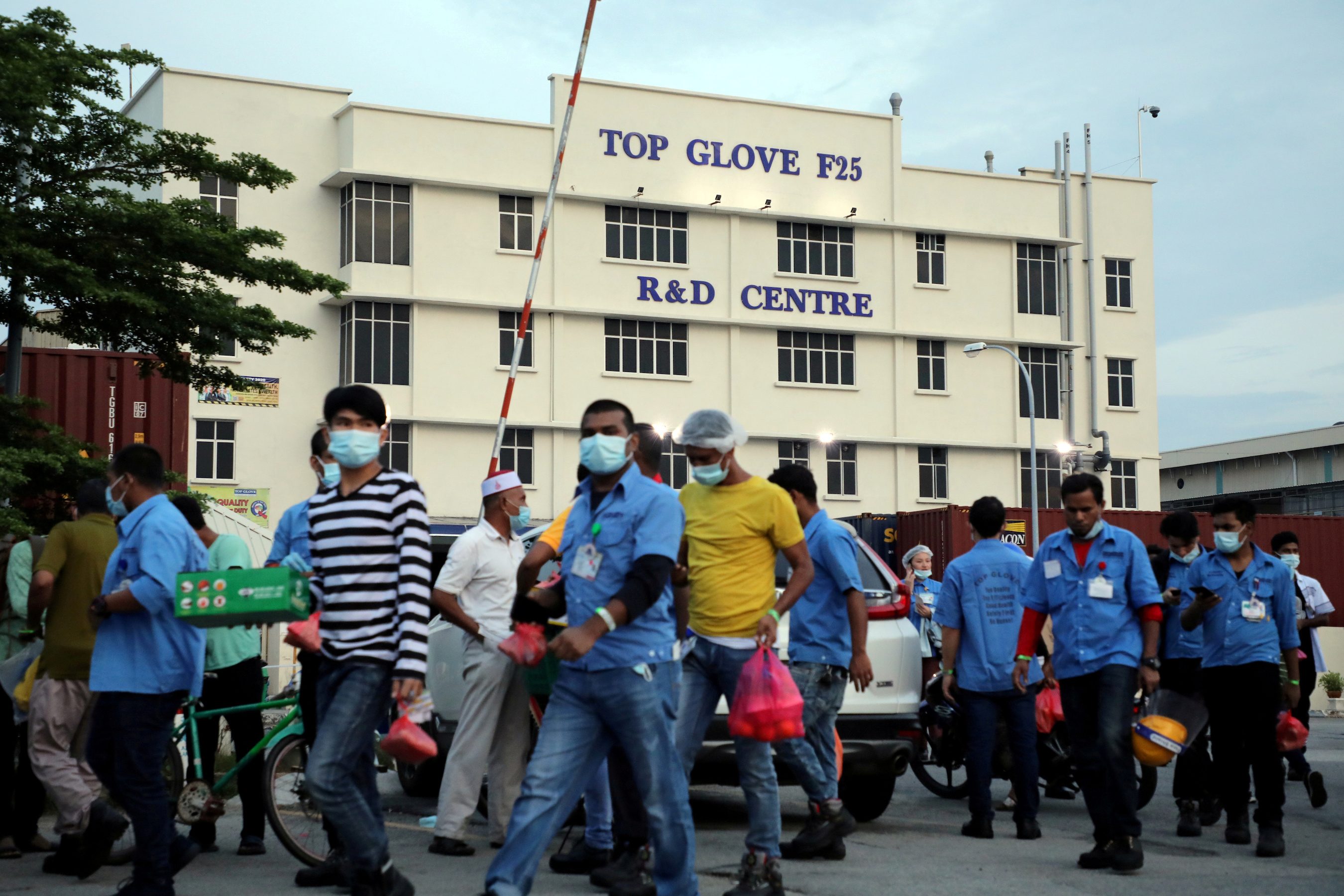 Facebook Twitter Copy URL
Copied
(UPDATED) Top Glove, the world's largest medical glove maker, pleads not guilty to all the charges against it

State news agency Bernama earlier reported that 10 of the company’s sites for foreign workers in the state of Perak were not certified by the labor department.

Top Glove, the world’s largest producer of medical gloves, confirmed that the case was in relation to a November inspection under legislation on minimum housing and amenities standards and said it has pleaded not guilty.

Court hearings on the case will resume on April 28, the company said.

Top Glove also said it has set out plans to improve the standard of the various types of accommodation the company provides for its workers.

If found guilty, Top Glove could be fined up to 50,000 ringgit on each charge, a charge sheet showed.

The labor department declined to comment on a case still in progress.

The charges follow authorities’ investigations into worker accommodation and hostels at several Top Glove sites last November, following a coronavirus outbreak at one of its factories near the capital, Kuala Lumpur.

That outbreak grew into Malaysia’s largest cluster, with more than 5,000 workers testing positive.

Top Glove last week said that an independent consultant had found no indication of systemic forced labor at the company after it had taken measures to address US concerns over working conditions. – Rappler.com